When it comes to this here tag of Funny Tweets, it consists of any attempt on Twitter at comedy, without the necessary qualifier of succeeding. We also keep a list of top funny tweets that might be more along the lines of what you're looking for if you want actual funny tweets.

Astrology can be very confusing to those of us who never looked too much into it. From the outside, it looks like this crazy cult where people let the positioning of the stars dictate their life decisions. Sure, when you put it like that it might seem frivolous. But there are so many crazier superstitions people hold, and a lot of actual history backing up the observation of astrology. Basically, if you can enjoy the interesting aspects without having it take over your entire life, that's a good place to be.

So for any casual astrologers out there, here are some funny Tweets that you might just relate to. 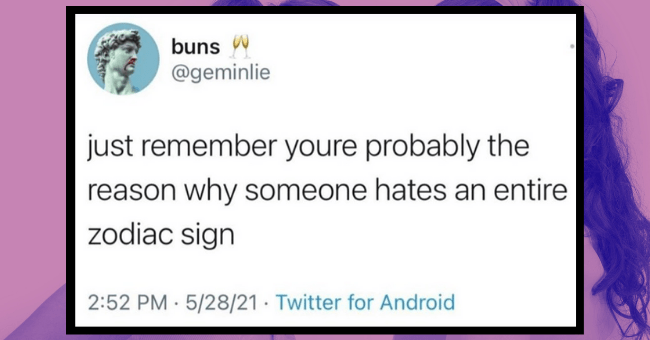 This was the ultimate reunion that no one ever thought was going to actually take place. But it really took place this weekend. Once and for all. And in case you were curious, no, I'm not okay. Neither is anyone who watched this show from beginning to end a disgusting amount of times. Now, of course, we all have to watch it again with the new critical information from the reunion that will likely never escape our psyches.

Apparently, Ross and Rachel did have crushes on each other in real life, and ... well these Tweets say it all. 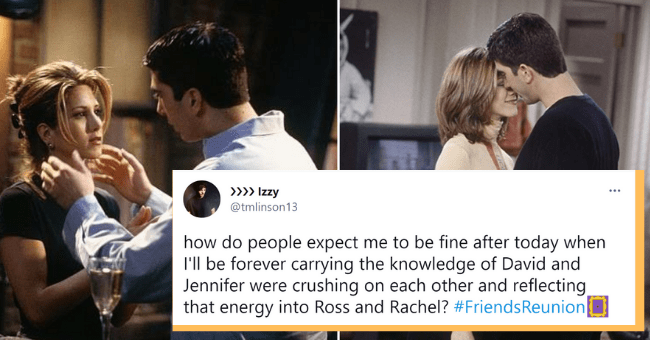 The walk of shame has become a staple of American pop culture, but Twitter has proven that it's not only related to the morning after sexual escapades. The walk of shame covers anything shameful, whether you forgot to buy one necessary item on your grocery store run, you embarrass yourself in a pathetic attempt to parallel park, or you do something stupid at home alone - but you witnessed your own downfall so it's still embarrassing. Scroll down for this week's shameful tweets. 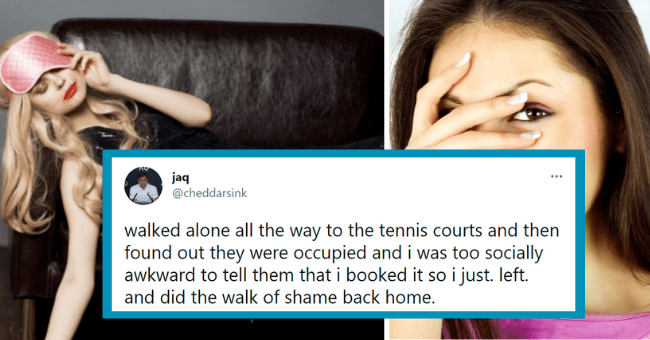 You may have noticed the weather is getting a little warmer, and we all know exactly what's coming. Hot girl summer is virtually so close we can taste it my dudes. And no, that does not mean we all have to start hitting the gym every day or get, 'bikini body ready.' Here's your loud and clear reminder that your body is always bikini body ready.

Hot girl summer is about being a confident, sexy, boss bitch. Just like werewolves embrace their powers during a full moon, we hot girls embrace ours when the sun comes out, and it's nearly that time of year again. The world is not read, but these Twitter users definitely seem to be. 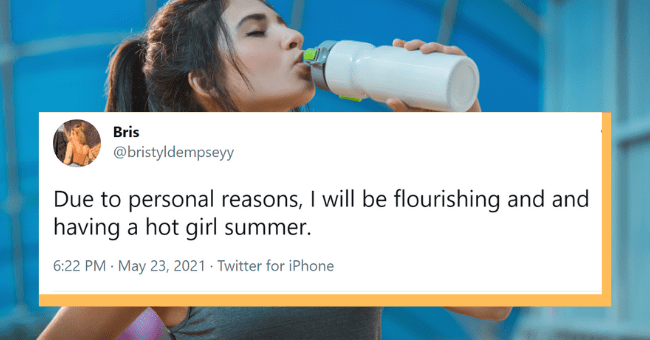 Funniest Relationship Tweets That Had Us Howling

Relationships are all fun and games when they're going well, but when they're not, well... it's a whole different story. But that's why Twitter was invented because what's the fun in keeping your relationship gripes to yourself when you can broadcast them for the world to read? Reading through a bunch of funny people moaning about the trials and tribulations of their relationships—or lack thereof—will either make you grateful to be single, realize that your significant other isn't that bad, or feel less alone in your relationship drama. And here are some more funny relationship tweets for when you're done with these. 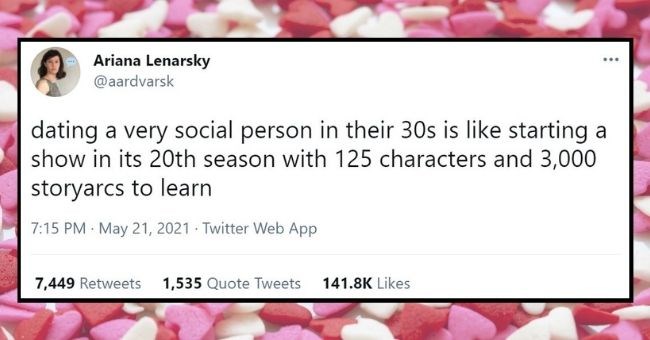 Relatable Tweets About How Annoying Brothers Are

Growing up with brothers is both a blessing and a curse. On the one hand,   it helps you know how to deal with men from an early age, teaches you how to fight and hold your own, and you'll always have someone to protect you if necessary. On the flipside, brothers are a total pain in the ass. They fight you, they tease you, and they fart all the damn time. Seriously—I'd know; I grew up with two of them. So if you also had the pleasure or displeasure of growing up with brothers, then you'll relate hard to these tweets. 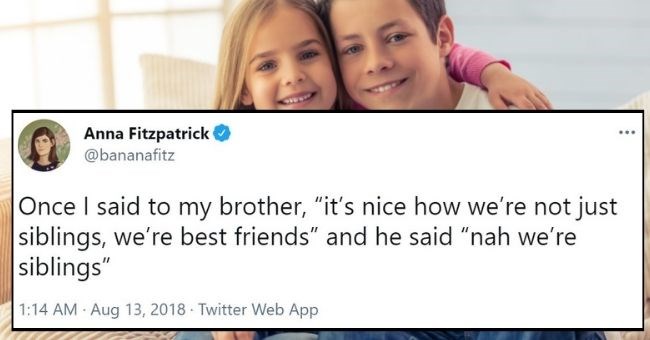 Has a man recently screwed you over? Are you a victim of general masculine wrongdoing? If so, we have just the remedy for you. Our latest haul of women roasting men tweets will instantly make you feel better about your sh*tuation, by realizing that so many other women are sick and tired of men and their ways. The wittiest women of Twitter who have had enough of men's nonsense take pen to paper (or fingers to keyboards) and vent out their frustrations in 280 characters or less. And when you're done with these, check out last week's collection of women roasting men tweets in case you missed it. 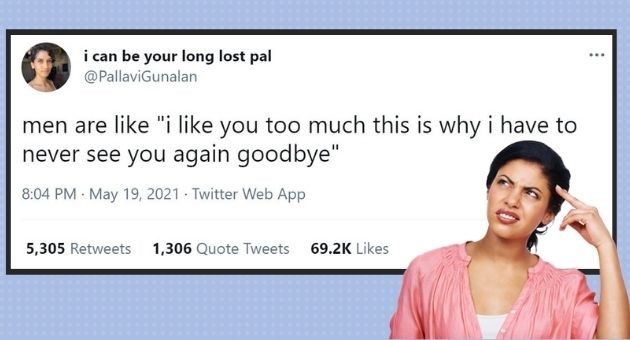 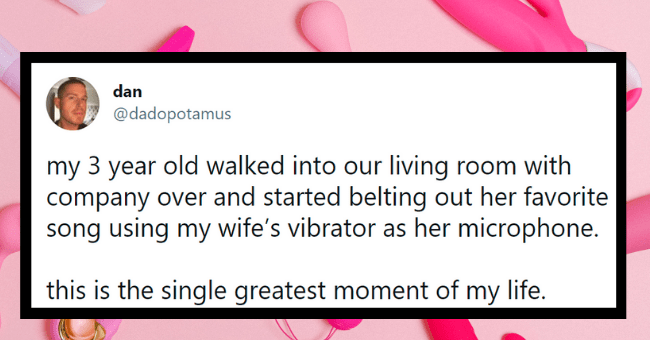 Growing up, you have no idea what kind of careers are considered 'successful' or not. You just know your parents come back and forth from this mysterious place and like to complain about it a lot. It isn't until we get a little bit older that we may start to notice that our childhood was not the same as everyone else's and it may (definitely) have something to do with what our parents did for a living.

People are sharing on Twitter the random perks they got from their parent's occupations, and it just proves that some random jobs are much cooler than typical high-paying ones. Especially to a child. 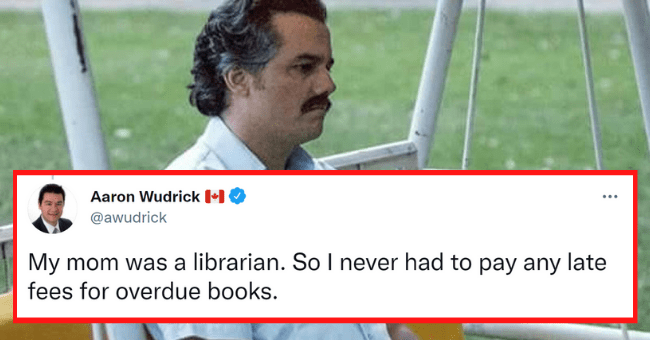 Have you ever had such an awful date that you wished you could have escaped from there and then? We've all been there, but it's just so awkward to bail on a date early, especially if the person you're with is nice, but you're just not into them. Well, now you have some tips and tricks on what to do next time you find yourself in that situation. Enjoy these hilarious tweets on how to escape a date, and then share your advice on how to leave a bad date early in the comment section below. 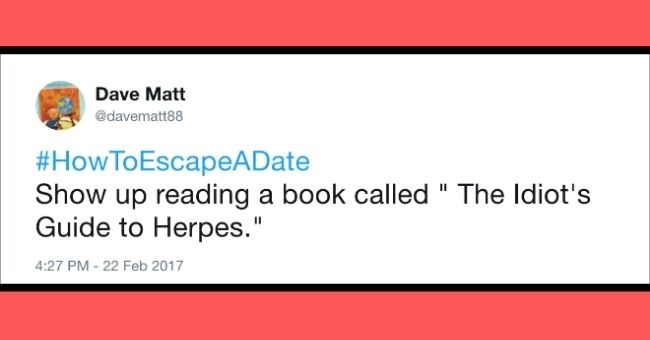 Dads get a lot of stick for their eye-rolling, groan-inducing humor, especially the dads of Twitter. But the truth is, we should be thanking them because their hilarious observations and jokes about their parenting struggles brighten up our day and make us feel better about our parenting shortcomings. Each week we compile the funniest dad tweets we came across for your entertainment and viewing pleasure. And make sure to check out last week's funniest dad tweets in case you missed them. 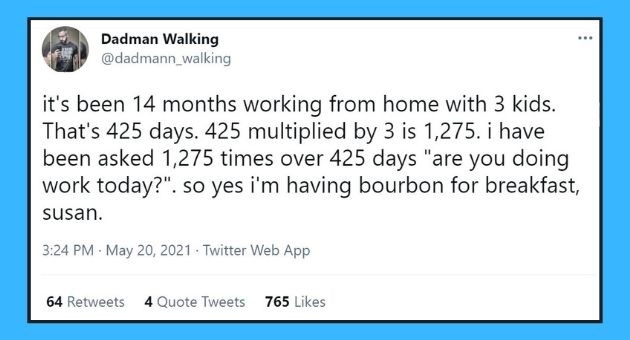 The Sassiest Women Of Twitter Who Had Us Crying

The sassy women of Twitter never fail to inspire us with their wit, charm, and overall awesomeness. At Cheezcake, we love funny women, which makes sense because we are funny women. That's why our weekly haul of funniest women tweets is the favorite part of our week, so if you too like funny women (and why wouldn't you), then this collection of funny tweets will tickle all your funny bones and more. And you can check out last week's funniest women tweets when you're done, to get another dose of female humor. 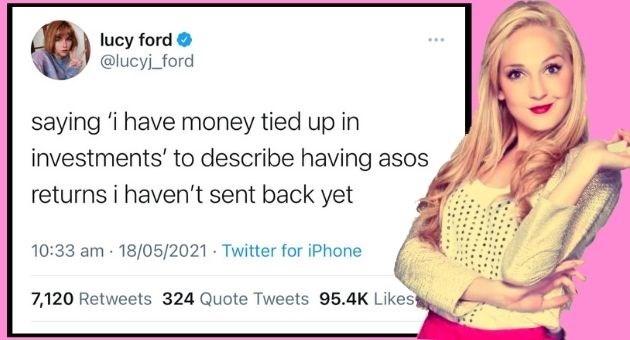 People Embarrassingly Confess The Things They Believed As Kids

As kids, we see the world through rose-tinted glasses, with a naively idealized view of pretty everything. But then we grow up, the bubble bursts, and real-life sets in, and everything falls apart. Most of us had some weird revelations as we got older and realized how naive we were as kids. These discoveries can be pretty embarrassing, but these brave people shared them with Twitter for your entertainment. 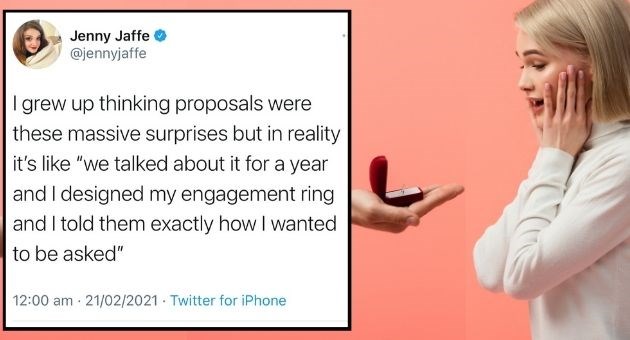 Another week has gone by, yet adulting hasn't gotten any easier. Like, are we just supposed to work and pay bills forever? I don't get it. At least the people of Twitter understand the struggle, and hilariously define what being an adult means to them on a daily basis. So welcome to this week's group therapy for all the struggling adults out there. Check out all the tweets lamenting all the responsibilities that come with growing up below. 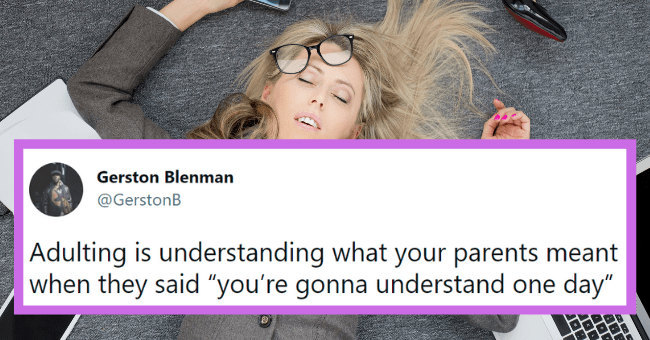 Eurovision 2021 has been a long anticipated event. Last year was the first time it didn't take place due to obvious reasons. It is the the most popular international singing competition in the world, and there are always a butt-load of surprises.This year, however, was full of record breaking scores and unconventional performances.

Italy won for the first time in over 3 decades.

San Marion received their first ever 12 points in a Eurovision final.

For the first time in 15 years, a band won first place: Italy's @Maneskinofficial

Ireland and the United Kingdom finished lead last in the semi and grand final, respectively, for the second year in a row.

There was clearly a lot to talk about, and Twitter users go into it very quickly. 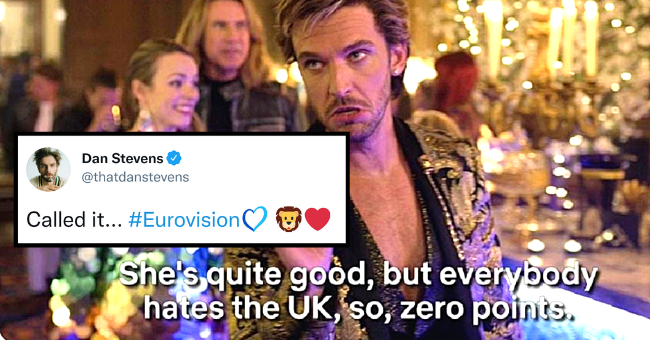 Forget needing the newest designer purse or sunglasses; nowadays, having a therapist is the latest must-have accessory. Don't get me wrong, it's incredible that mental health resources are becoming more accessible and with less stigma attached. But sometimes, it seems like people rely a little too heavily on their therapists to keep them sane, not knowing how to manage their breakdowns on their own anymore. Essentially, we've created a whole generation of hot messes who are hanging on by a thread—you know I'm right. But in case you have any doubts, these therapy memes sum it up pretty well. 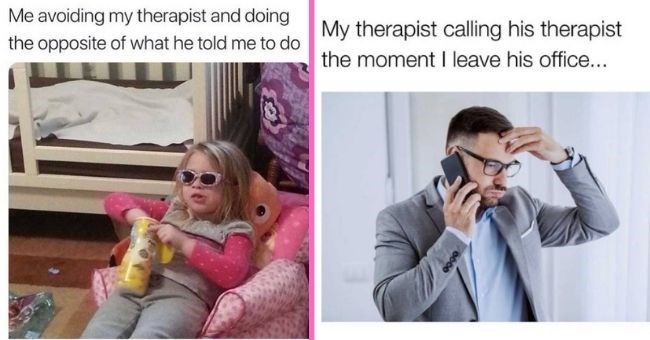