Ariana Grande is one of the most famous people on this Earth. It seems like every time she releases a song, it beats some kind of record I've never even heard of before. But we STAN.

Ariana has always been known to be able to keep a good juicy secret. For example, her natural hair texture. Her iconic high ponytail has never been her real hair, but she has said she likes to as a part of her popstar image.

Well this time, it's a little more sneaky than a wig. While nobody was looking Ariana got married this weekend! Most people are thrilled at the news, but the many reactions from people on Twitter getting caught off guard are too hilarious not to share. 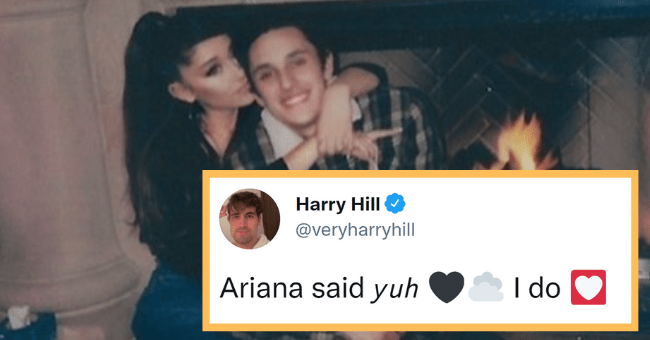 Is there a mansplainer awareness group yet? It seems a lot of these people could use an outlet. A place where they can freely correct people even though everyone in the room knows there was nothing to correct. There must be some kind of dopamine release that occurs in a mansplainer whenever he gets the privilege of uttering the words, "Well actually..." I can't imagine the struggle.

Here are some more tweets about people who suffer from correctile dysfunction. Pray for them! 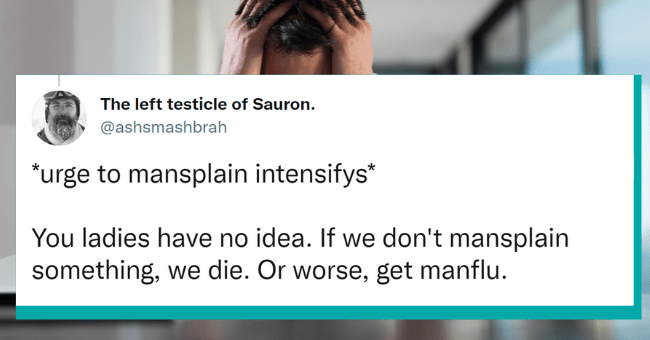 Hell hath no fury like a woman scorned, and especially the women of Twitter. There's nothing better than roasting someone who has wronged you, but it's even more satisfying when the rest of the world can fuel your fury with likes, shares, and reposts. Twitter's funniest women are savage when it comes to roasting men, and rightly so. Men, step it up. Women, keep up the good roasting. Scroll through this week's best selection of women roasting men tweets, and here are last week's in case you missed them. 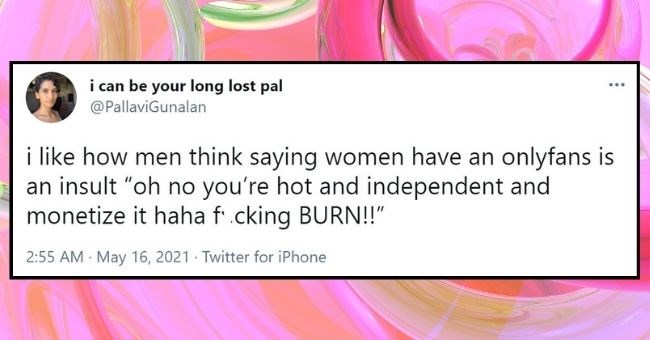 Relatable AF Tweets About Growing Up With A Sister

Growing up with four sisters (yes, you read that right—four!) I feel qualified to comment on the total head f*ck that is the sisterly bond. One minute they're your best friend, and you're staying up late together talking about boys, sharing each other's clothes. The next minute, you're screaming bloody murder at her for "borrowing" your makeup without asking and running to your parents to tell them you wish she'd never have been born. Having a sister is like having a best friend and also a mortal enemy from birth. It's pretty weird when you think about it. If this sounds familiar, then these tweets about the ups and downs of having a sister will speak to your soul and relate to you in all sorts of ways. 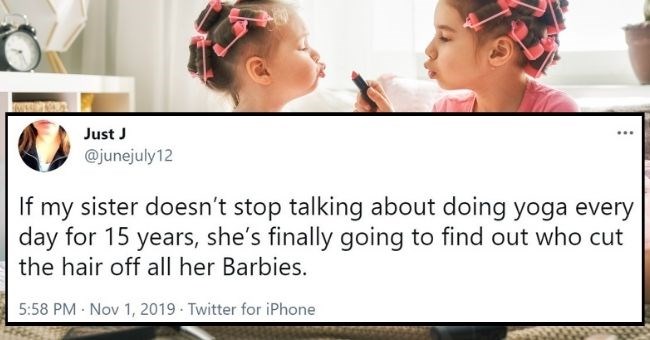 When it comes to roasting Millennials, Gen Z is absolutely ruthless. I don't know what is going on between the two generations, but it sure seems nasty. Gen Z-ers really go after Millenials as if Millenials were the ones to invent all of their struggles. Whatever the reason may be, this feud seems as if it is here to say for some time, and Millennials are finally starting to fight back on Twitter. They are done having their hair parts, and skinny jeans slandered online. It's time for payback! 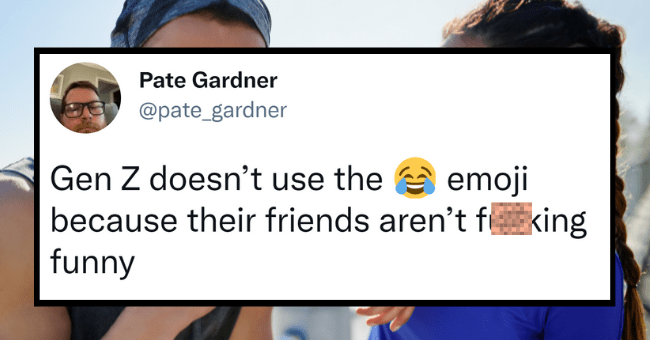 Dads can be funny at the best of times, but when they take to Twitter, they can be all sorts of hilarious. That's why we collect the funniest dad tweets each week for your entertainment and put them all in one convenient place for you. These dads have a way with words when it comes to ranting about the trials and tribulations of parenting life, which might hopefully make you feel better about your own kid's struggles. And when you're finished scrolling through these dad gems, here are last week's funniest dad tweets which are just as entertaining. 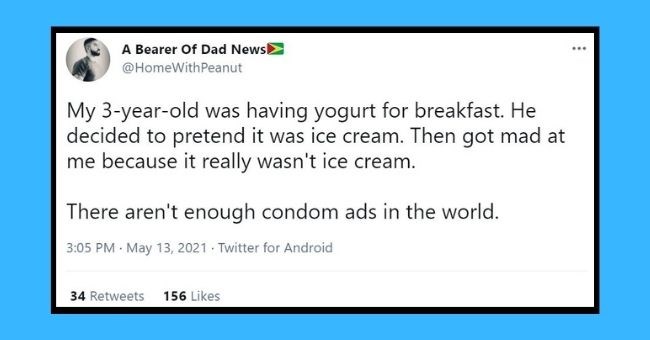 The funny women of Twitter are at it again, with their sass, humor, and witty remarks, which brighten up our day. If you're having a bad day, then their light-hearted comedy will make it a little better and give some much-needed comic relief. Once you've scrolled through this batch of funny women, check out last week's funniest women tweets for some more female-related humor. 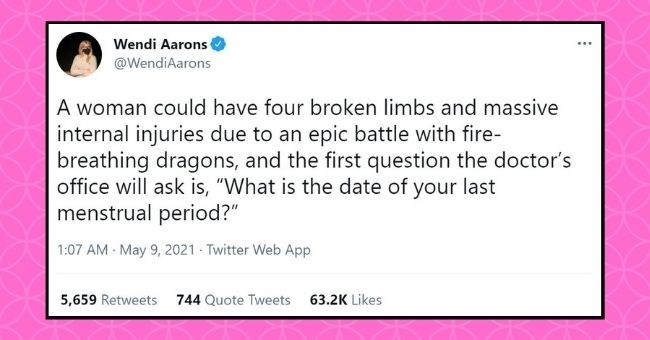 Relatable Tweets About The Struggles Of Drawing The Perfect Eyeliner

Ladies, we all know the struggle of drawing the perfect winged eyeliner. It's one of those things that you perfect once in a blue moon, and only ever on one eye. Getting your eyes to match up is essentially impossible. These tweets capture the pain that uneven eyeliner brings, and the joy and elation you feel when you actually get it even on both eyes. 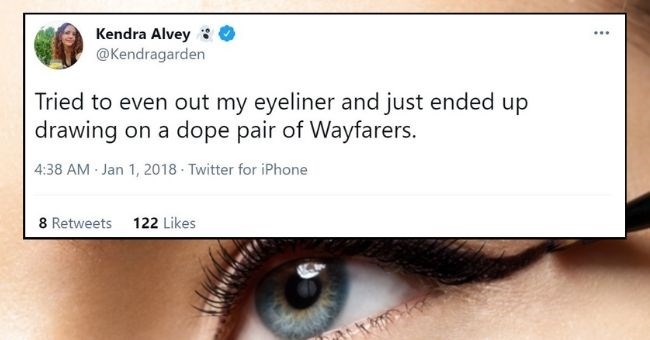 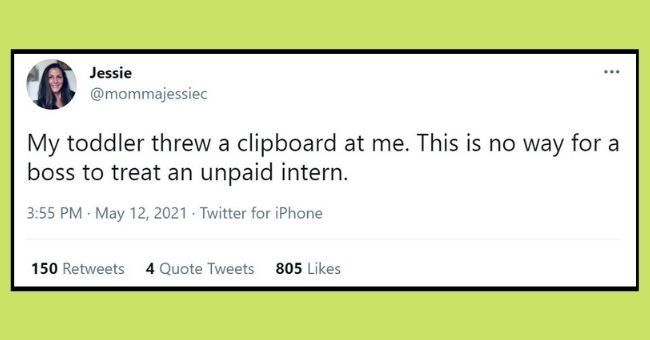 Gen Z-ers are known for their cancel culture. Really, a lot of the stuff they cancel is super justified and we should all be proud of their BS detectors. They have brought so many issues to the forefront and seem to truly be instigating positive change in our social discourse. But also... sometimes it seems like they get way too particular when it comes to canceling things, especially pertaining to millennial trends. They are BRUTAL when it comes to anything millennials like, and boy does it feel personal. 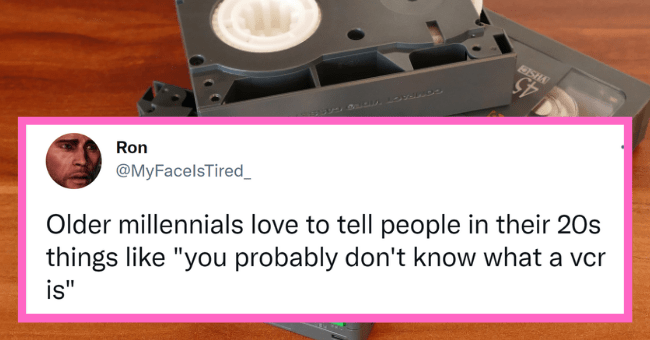 Sarcastic Tweets From Moms Who Are Done With Parenting

Kids are a delight. Sometimes. The rest of the time, they're little terrors who drive you insane. And when that happens, sarcasm can be a great coping mechanism. Some people say that sarcasm is the lowest form of wit, but these moms of Twitter would probably disagree. Scroll through their sarcastic tweets about parenting trials and tribulations and tell me you didn't chuckle at least once. 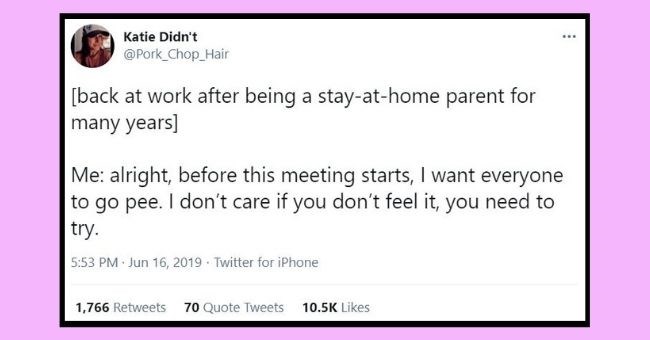 Twitter is great for many things, but one of our favorite uses is seeing people's funny relationship tweets. Because why pay for therapy when you can tweet about your relationship woes and get the sympathy of the entire Twitter population? Each week we bring you the funniest relationship tweets we found over the past seven days, so you can read them and hopefully feel better about any trials or tribulations you might be having in your relationship. After all, common ground is what brings us all together, even if it is our relationship struggles. Right? 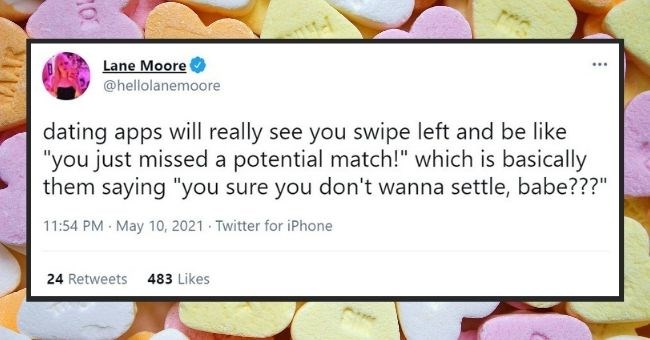 Relatable Tweets About How Mascara Turns You Into A Hot Mess

Mascara is one of the best things ever to be invented. I don't know the history behind it, but I do know that on the days that I don't wear it, I get asked if I feel OK because I look "sick." And don't get me started on the blessings of waterproof mascara! So, these memes are dedicated to the hot messes we become when we don't wear mascara and even the hot messes we can be when we do wear it. In short, whoever invented mascara should be Queen. And here are some more women's memes for when you're done. 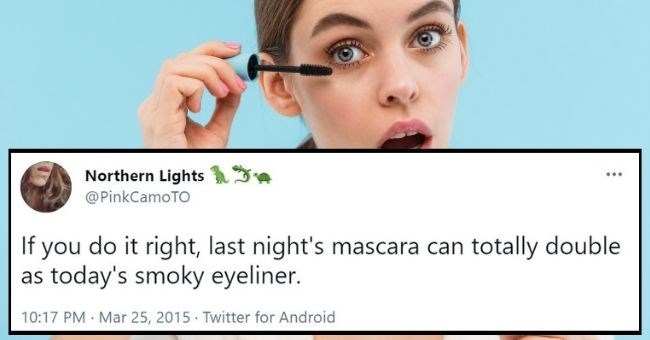 When someone pisses you off, venting about them to your friends can be highly therapeutic. But when you vent to the world, your sense of satisfaction can be even better. Luckily, the women of Twitter know how to do it when it comes to roasting and venting about the men who have annoyed them and men in general. Welcome to this week's funniest women roasting men tweets, where women roast men within an inch of their lives. If you enjoyed these, check out last week's women roasting men tweets for more funny examples of women dishing out dirt to annoying men. 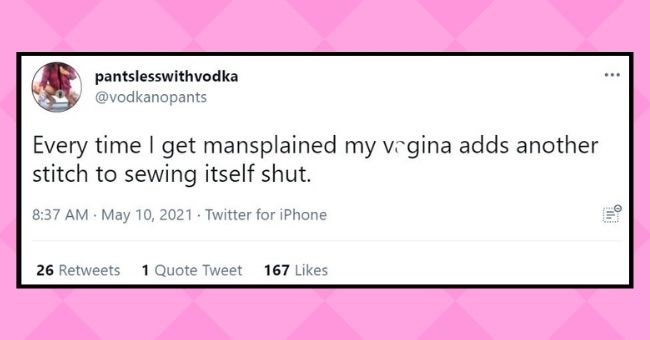 Twitter's Dramatic Response To The Return Of 'Bennifer'

In case you have been living under a rock, you may have missed the MAJOR news that after seventeen long years one extremely iconic couple is back together. This couple is none other than Ben Affleck and Jennifer Lopez, or as we can resume calling them, 'Bennifer.' This is huge. There have been babies born since they broke up that are now deciding on colleges! They have been broken up longer than Grey's Anatomy has been on air! That's how long we've all been anticipating this.

If you want to share in on the excitement, here are some hilarious tweets about this celeb couple reunion. 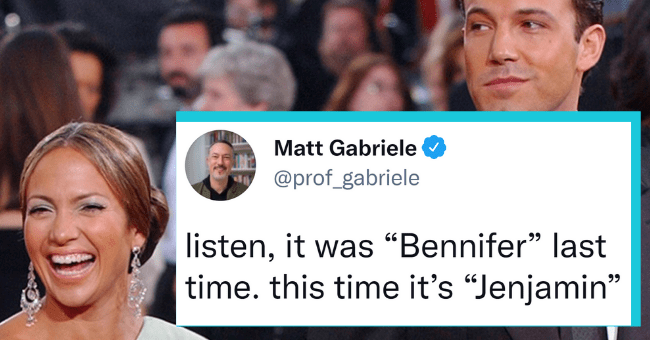 Being a parent is stressful, but suddenly it becomes a lot more bearable if you've got a good sense of humor. The funny dads of Twitter inspire us on our parenting journeys (or make us grateful that we don't have kids yet) as they take fatherhood with a pinch of salt, some healthy cynicism, and a whole lot of humor. This week's funniest dad tweets will have you rolling your eyes but also laughing (mainly on the inside) at the corny dad jokes. And here are last week's hilarious dad tweets, which will have you doing the same. 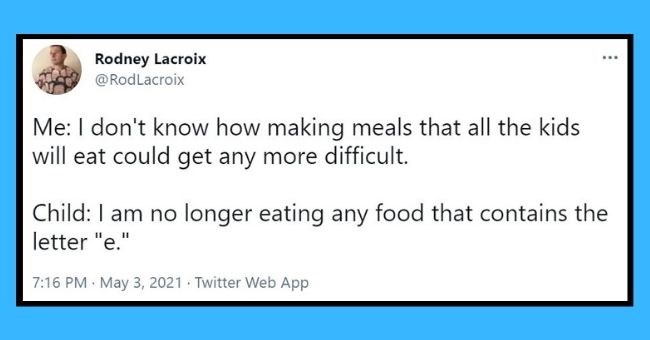