If the internet was a newspaper, Web Comics would be the funnies pages that people go for when it first shows up at their doorstep early in the morning.

Artist Creates Relatable Relationship Illustration, Which Couples Can Resonate To

Picture the scene: you're in the car with your partner, on your way to a party. You're in a fight; the ignoring each other, hating each other's guts type of fight. You're seething. You want to kill him. The sound of his breathing is making you want to throw yourself out of the car. He will be sleeping on the couch tonight. Before you know it, you've arrived at your destination, and you realize, in horror, that it's time to get out. You say goodbye to the bliss of sitting there in awkward silence and compose yourself, ready to be sociable with other humans. As you walk to the front door of wherever it is you're going, you bask in the last 30 seconds of silence. You ring the doorbell, plaster on a fake smile, and play the happy couple shtik for the rest of the evening. That is until you get back in the car, where you can ignore each other again. Daniella London Dekel captures this utterly relatable moment that all couples go through in this funny comic. 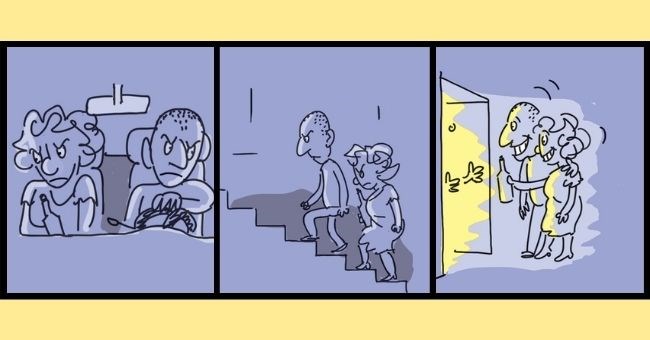 Each week we bring you a talented female artist who creates incredible quality content and this week, we've picked Samantha Rothenberg, aka Violet Clair, the illustrator who turns her follower's submissions on their sh**ty dating experiences into comics and memes. They are quirky, funny, and oh so relatable to anyone who is dating or has dated (so, everyone really). Once you've enjoyed some of our favorite of her brilliant creations below, check out last week's female artist of the week in case you missed it. 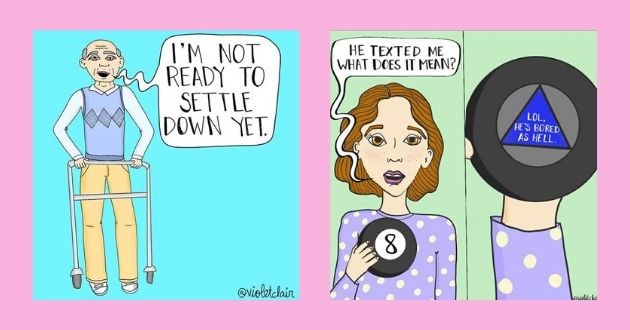 Artist Depicts The Truth of Motherhood Through Illustrations

One thing we all know for sure -- mother's are superheroes.

Paula Kuka, mom of two, began documenting her life in series of cartoons in 2017. What started out as therapeutic process turned into so much more. Her illustrations were resonating with women all over the world. 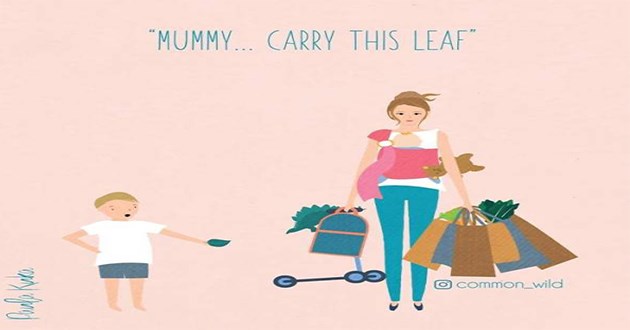 The Ordinary Behind -The- Scenes Life of Batman (Comics)

There's nothing ordinary about Batman.

But in her Ordinary Batman series, freelance illustrator and artist Sarah Johnson humanizes the Dark Knight without diminishing him. He may be pictured scooping out the litterbox, but hey, making the world a better place comes in all kinds of forms.

Cassandra Calin takes a funny look at what it's like to be a modern woman in her hilarious web-comic. 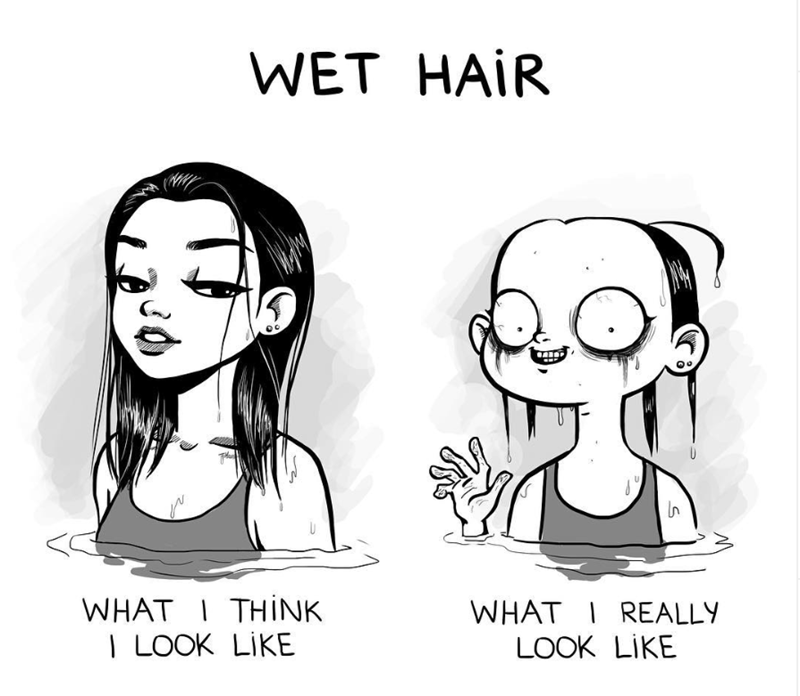 @StoriesOfMyFuckingLife Is The Comics We Can All Relate To

These brilliant comic strips focus on all those annoying small stories that comprise our life - dealing with friends, colleagues, family members, bills, school, kids...you name it. So true and accurate. 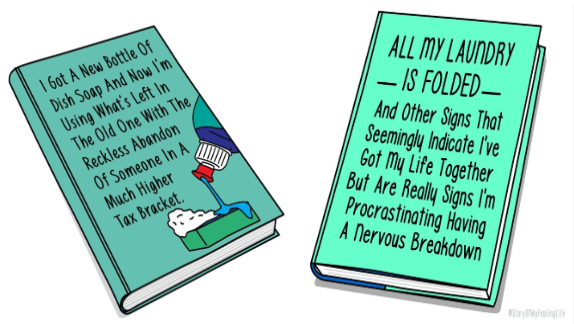 Deep Comics About All Those Wrong Things In Our Society

Paul Noth is a comic creator who likes to give his own point of view on all those things that bother us in our society. You can see more on his Instagram page. He even has a new book, "How to sell your family to the aliens". Check it out. 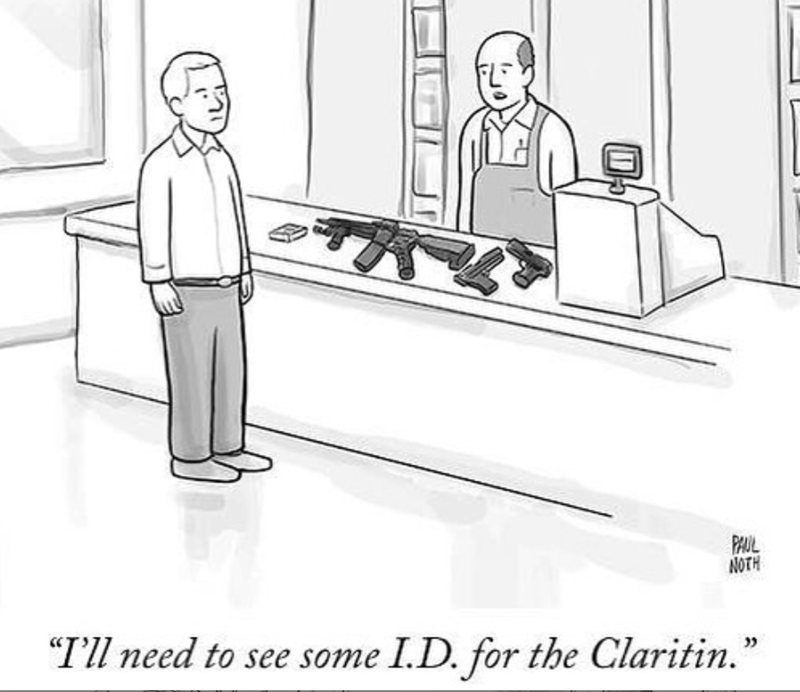 Animated How To Guides You Don't Need in Your Life

The bizarre and not so useful How-To guides by the animator, Chris Simpsons from the UK. 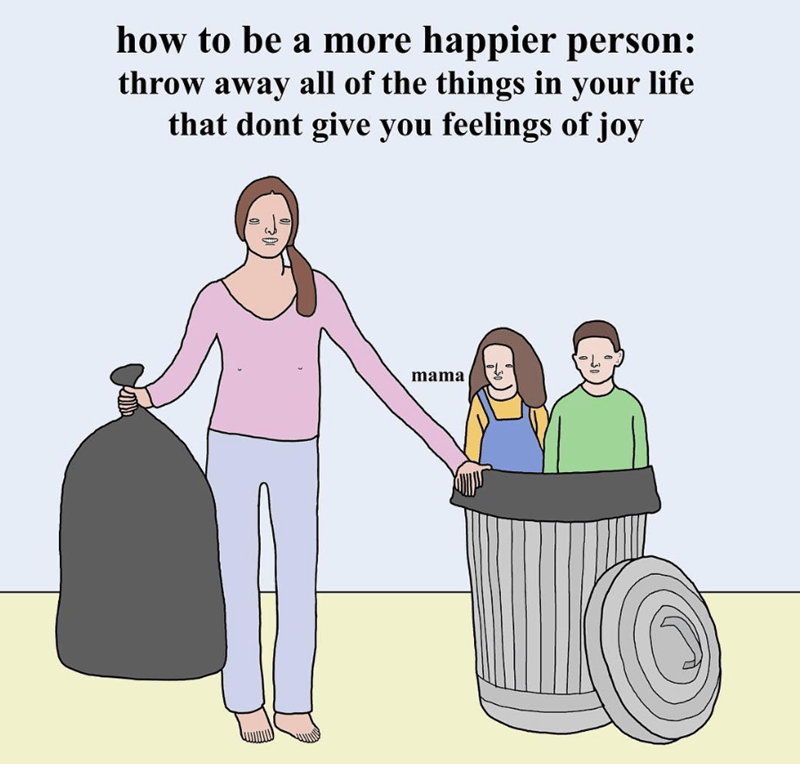 Disappointed GOT Fan Illustrated The Final Season We All Deserve

Artist Benjamin Dewey is a full-time professional comics artist/illustrator for the past 11 years. He is also a super fan of "Game of  Thrones" since he read the books in 2008 and became totally hooked. Like most of the show's fans, he was also torn between sympathy for the writers of the HBO series and frustration that some of the choices being made feel truncated and undermining of all the set-up we were given. So he decided to take things into his own hands and created a series titled "The Scenes I Wish We'd GOT" and according to the comments, the internet seems to agree. Check it out and tell us what you think. 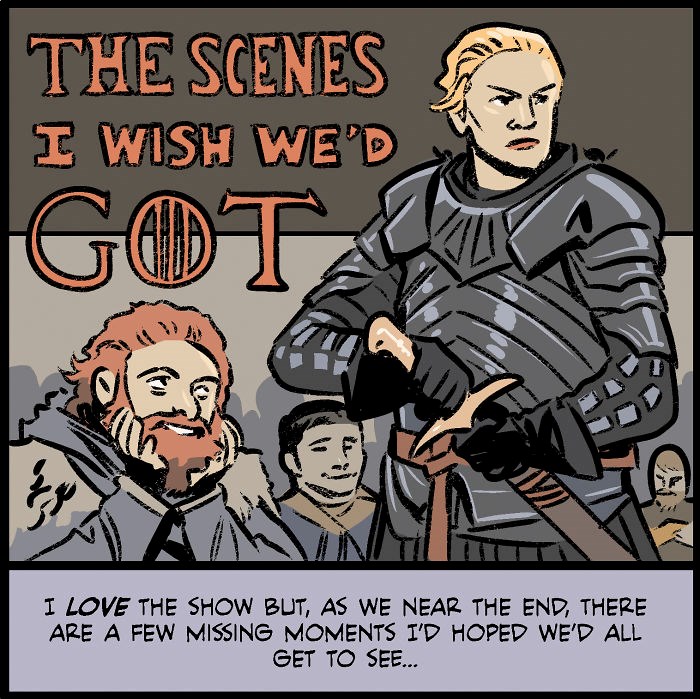 13 Highly Practical Guides For Life You Should Read (Comics) 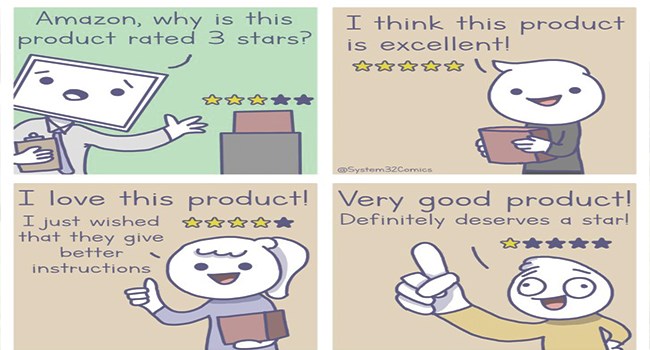 Famous Photoshopper James Fridman (trust us, you know his work), has come out with a new character that goes by the name "Bobli" and everyone has fallen in love! Bobli loves all things watermelon and has an online store where all profits generated will be donated to the James Fridman Foundation that helps and supports children and young people affected by social issues. You can follow Bobli on Instagram, @heyimbobli! Check out the wholesome character below: 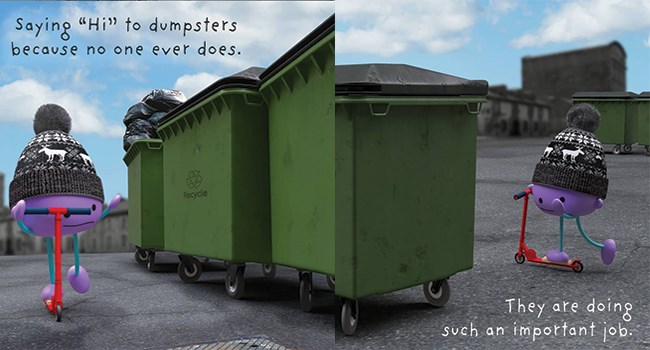 Though there is some conflict regarding the origin of International Women's Day, scholars generally associate it with the 1907 march of New York's textile workers. The march brought some 15,000 women to the streets from the needle and textile industry to demand better working conditions and shorter hours. International Women's Day was formally recognized by the United Nations in 1975 and is now celebrated in over 140 countries. We have collected some of the thought provoking comic strips to help commemorate the day while taking the time to remind us of the importance of making comics more inclusive and representative of the world around us. 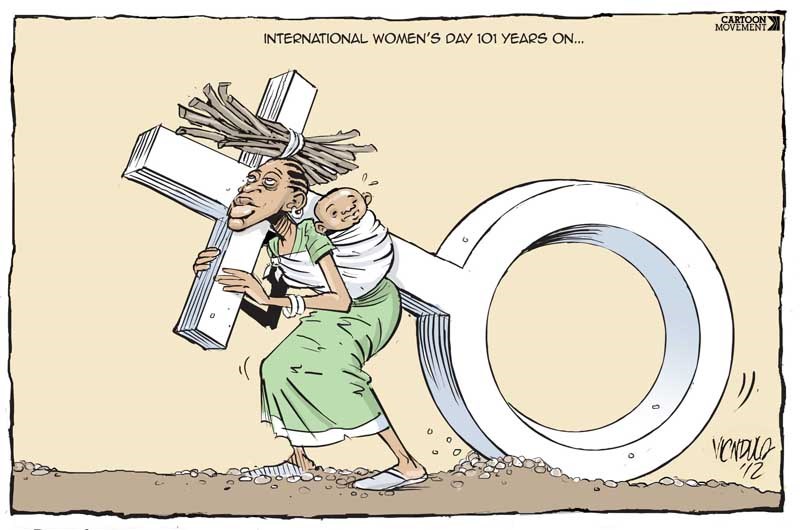 A cartoon has been making rounds in the Twitterverse and for all the right reasons. Businessman and Indian billionaire Anand Mahindra tweeted this comic and it has opened many people's eyes. 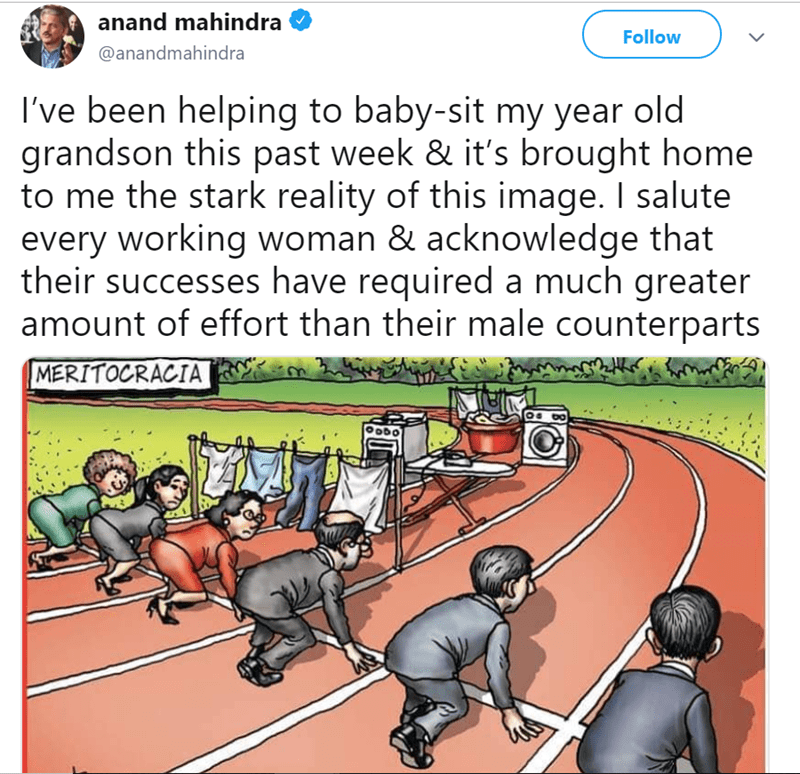 How To Explain Human Behavior To An Alien (Comics)

'Lessons in Humanity' follows the day-to-day life of Will as he attempts to help his roommate, an alien named Armstrong, unravel the mysteries of human society. For more, check out his official instagram page. 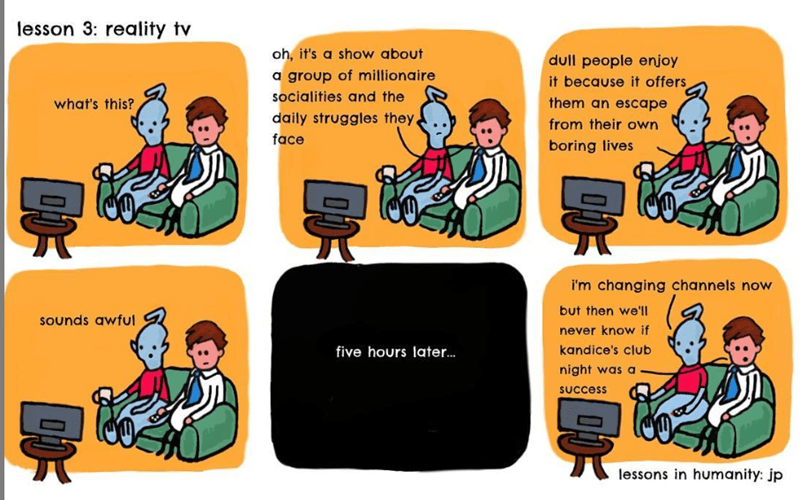 What if superheroes got old? It seems impossible, right? Because superheroes and cartoon characters don't age and we often regard old age as the period in which our lives begin to decay and we cannot afford our superheroes to go down that path, right? But in order to make them more relatable, Russian artist tried to do just that and the result is hilarious, fun and eye-catching. Leysa Guseva, a Perm-based Russian graphic artist, created a series of illustrations imaginatively called "Pensioners".  This is where we get to see our favourite Marvel, DC and even Disney characters finally taking a well-deserved rest, without giving up their duties entirely. Via: The Awesome Daily 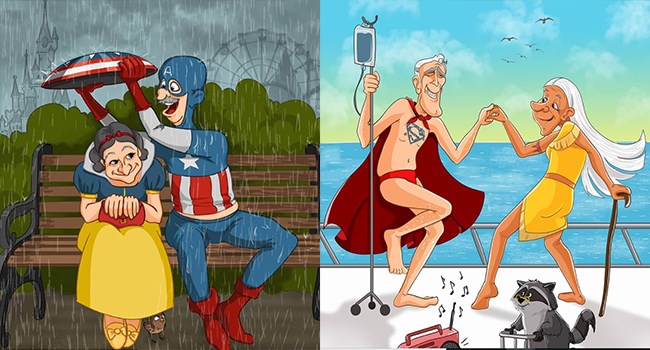 People Reveal Their Most Epic Walks Of Shame