If the internet was a newspaper, Web Comics would be the funnies pages that people go for when it first shows up at their doorstep early in the morning.

Women usually love or hate their bras. Still, no matter which side you're on, sooner or later you're bound to face some sort of bra-related problems. Via: Bored Panda 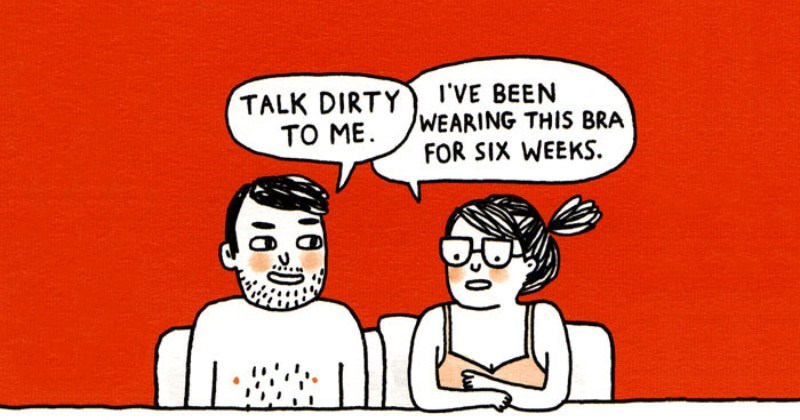 How a Year Of Parenting Changes Your Life (Comics)

After a year of parenting, We all discover our world had actually turned upside down 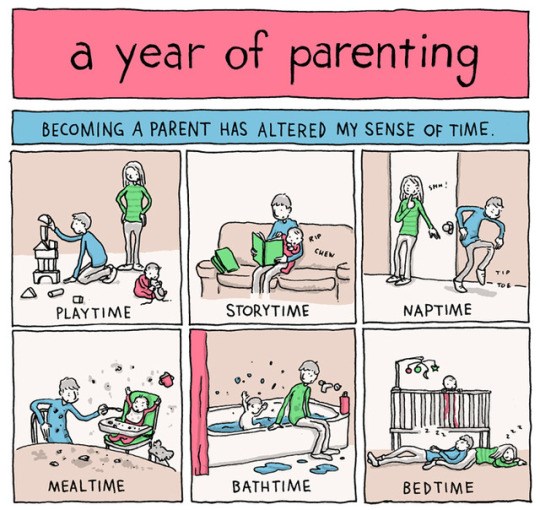 The Perfect Solution To Any Situation 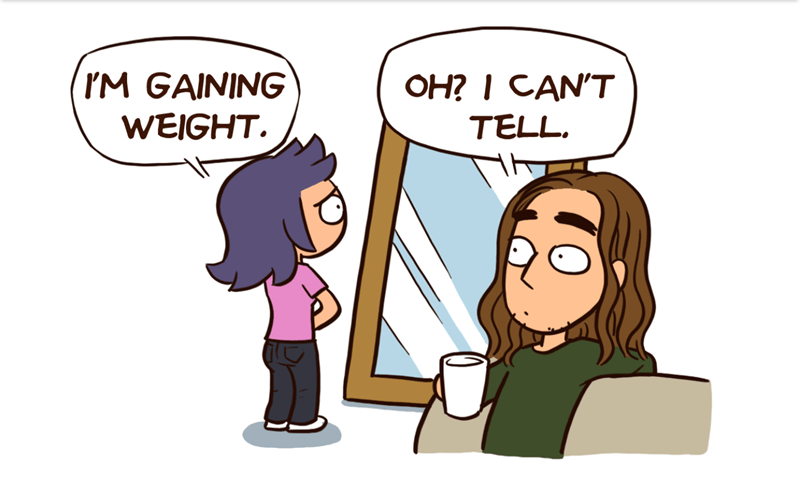 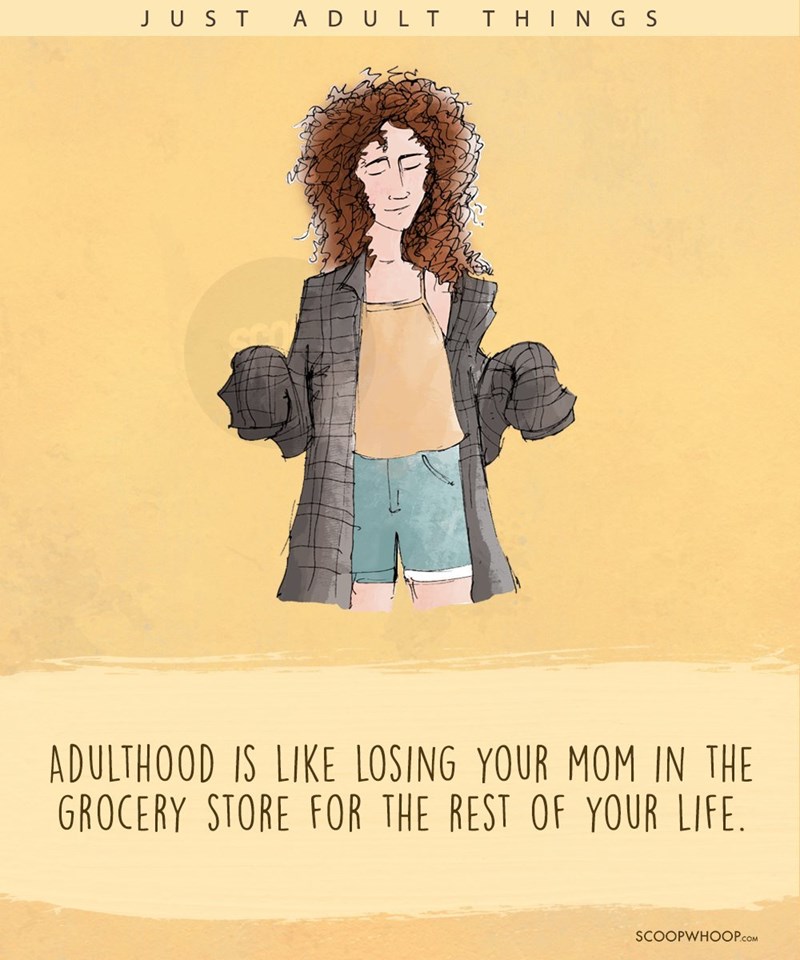 How To Receive a Crappy Christmas Present

Few useful tips by The Oatmeal 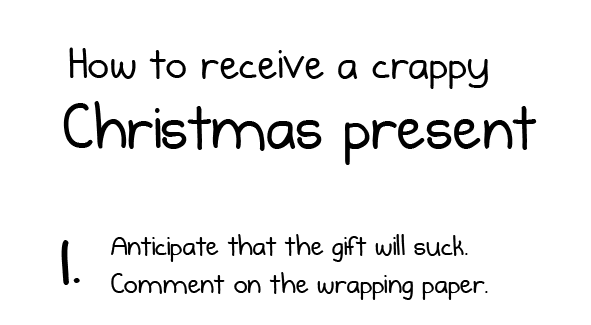 Christmas According To Alfred Hitchcock 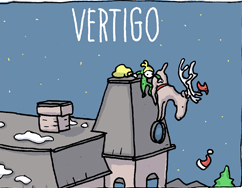 Hilarious Comics By A Father That Are Hilariously Relatable!

The hilarious and all too true to his comics Lunarbaboon aka Chris Grady is married and has two children. He works as a school teacher by day but by 24/7 he's a dad!

We all realize that parenting is a journey or more like a rollercoaster. It has its ups and its downs. He draws and shares his hilarious comics called called Lunarbaboon for all of us to enjoy, but probably for parents out there to let them know... they are not alone! He touches on his family adventures, raising his kids and definitely brings humor to every situation.

Grady told the HuffPost, "Lunarbaboon was created as a way for me to combat my anxiety and depression, [...] There is a lot of bad things happening in the world, but there is also a lot of good [...] I am very lucky to be married to a very smart, strong, opinionated person who is constantly fighting against injustice. A lot of what she and I talk about on a daily basis makes it into the comics." 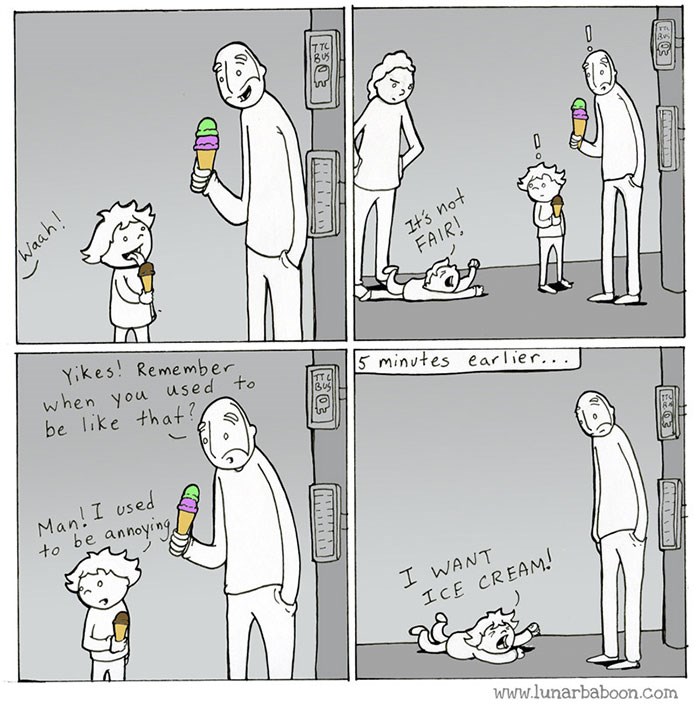 A lot of the time we say that mothers know the struggles of stay-at-home parenting. Such as, chasing the kids around the house, changing them maybe 6 times a day because somehow they get dirty from the clean house (it's quit impressive really) cleaning all the destruction they have made (seriously how long has that apple been there?). Oh lets not forget the biggest struggle of them all... those awesome tantrums and fits! The struggle is real....but we sometimes forget it could be the fathers that have that honor. Or at least for a while. Many countries actually give fathers a paternity leave as well, which allow them to hep out and bond.

So when Norwegian artist Ståle Gerhardsen, took his paternity leave, which made him a stay-at-home dad, it was all to our gain. The father of two has and still creates the most hilarious cartoons in which he depicts the joy and chaos of caring for his two kids. 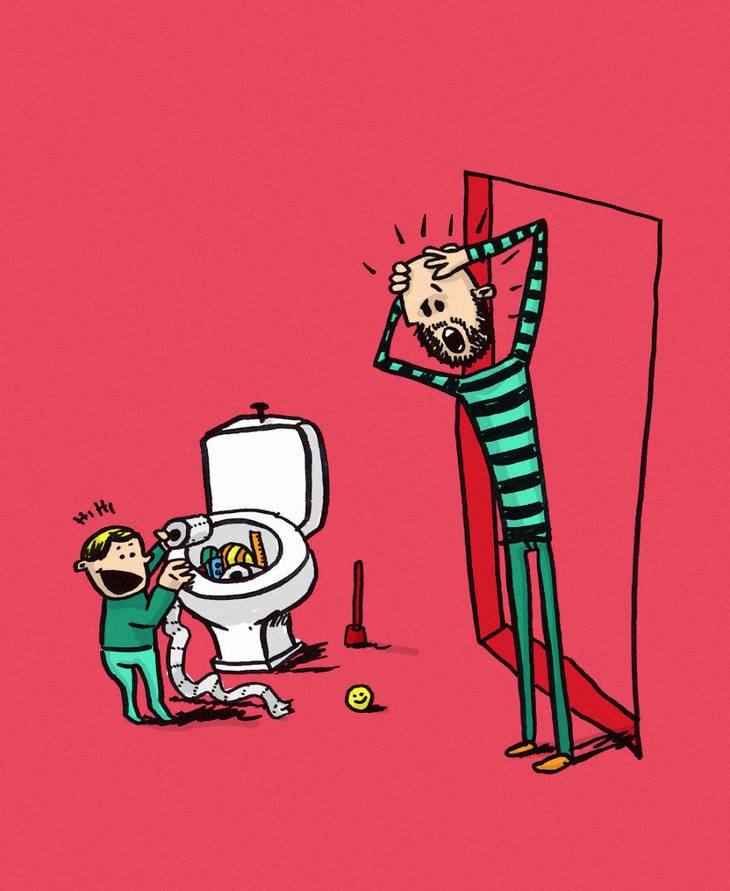 In honor of the never-ending confusion about money, here are 12 differences between your understanding of money in your 20's versus your 30's. For your sake, we hope you can't relate. 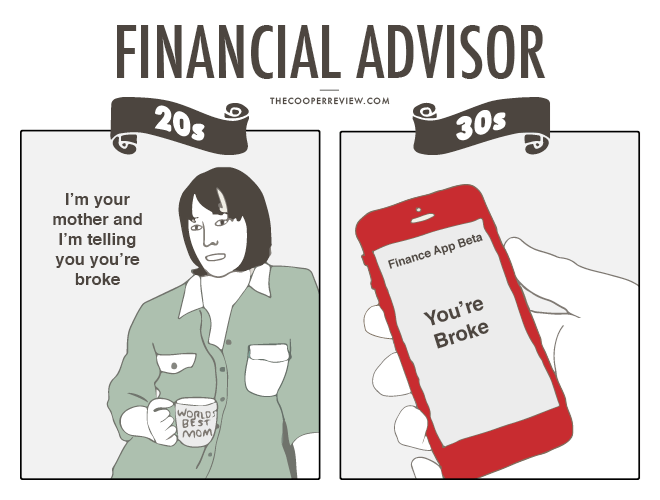 We've all had those days, weeks, months okay okay... years! The laziness to shave, to wash clothes, to fold them nicely back into the closet... We can relate to these comics 100%! Which is why it makes it so funny! 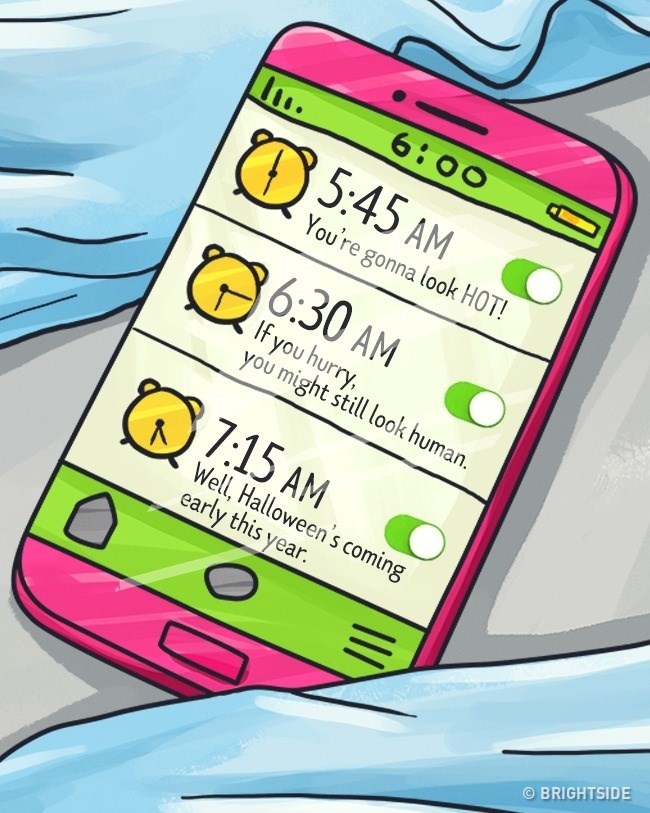 What If All The Disney Princesses Lived Together

Artist Amy Mebberson created a series of "Pocket Princess", revolving around all Disney princesses living together while representing their personalities perfectly. 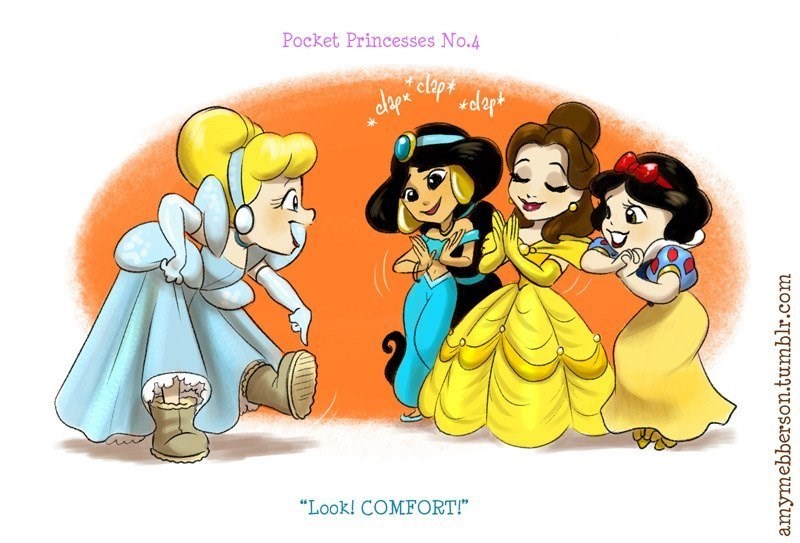 The Doodle Diary of a New Mom (25 Spot-on Comics)

Artist and brand new mother, Lucy Scott, wanted to retain the memories of the first year of motherhood, so she drew little autobiographical doodles. Nailed it.

What It Would Be Like Dating Famous Fast Food Brands

Can you ever imagine dating Ronald McDonald? Well, the artists at College Humor can. 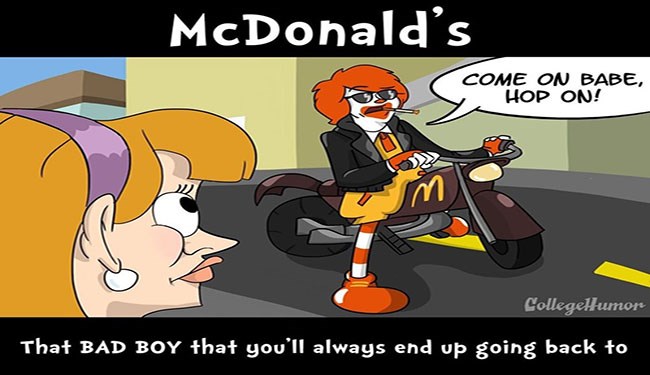 Comic Illustrates The Precious Time You Have With Kids

Sometimes we take time for granted. We think we have so much of it and yet, it can pass us by in a blink of an eye. 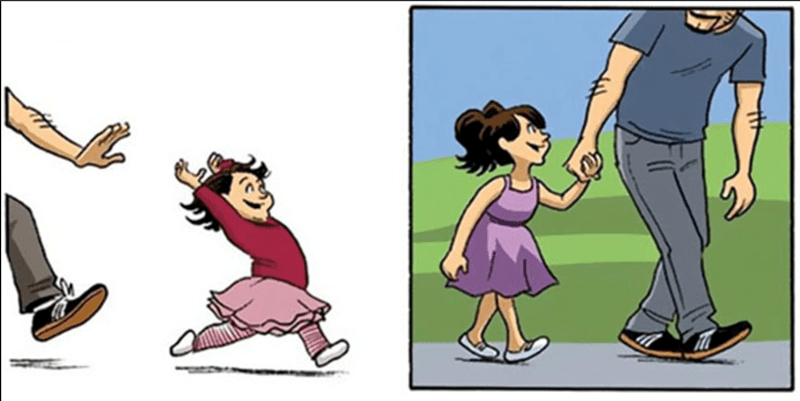 Elvisa Isabella Rose is the artist behind a series of web comic depicting a very odd trait that we all, women, have. 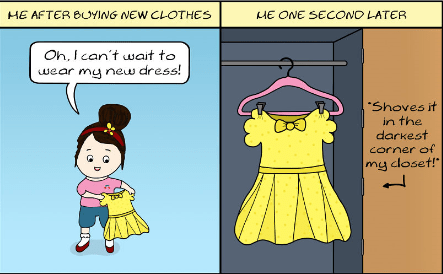 Being a single girl can be very difficult.  Lingvistov.com has, once again, nailed it perfectly. 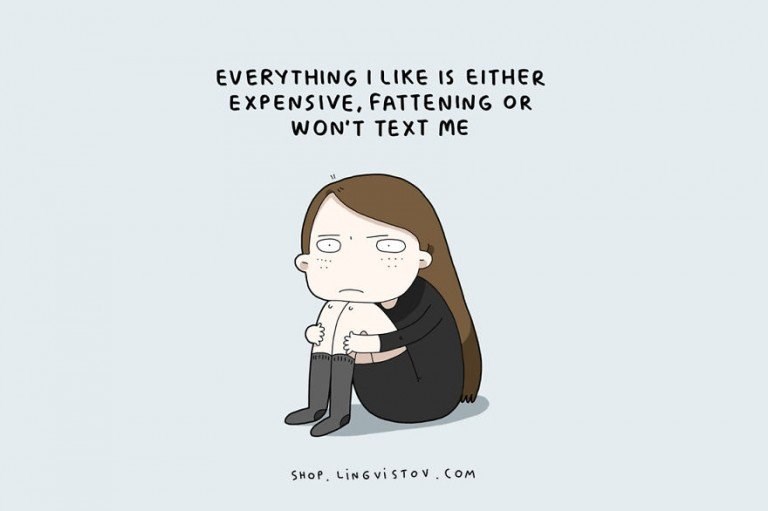