People don't always end on the most civil terms with their exes. Relationships are complicated, and they don't always end ideally. But what if things ended with the dude 8 whole years ago?! Would you still even be in touch with them? The people of Twitter reacted to the hilarious anecdote with many questions and concerns. Why didn't she ask for more money if she was already putting herself out there? Why was he still on her mind after eight years? How was she not embarrassed at all? And did they end up reconnecting afterwards even though the original poster claims they didn't? Scroll down for this week's Twitter tea. 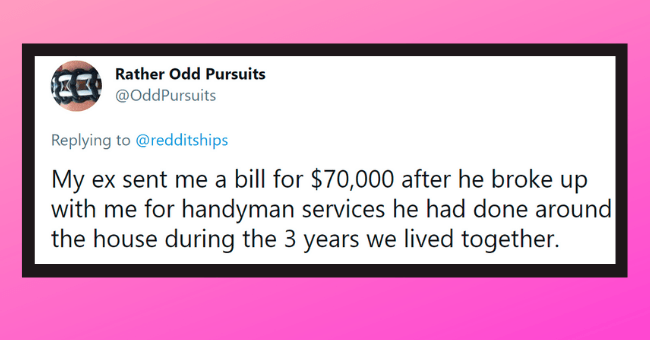