Twins are double the trouble, fun, literally double everything.... They're twins.

Funniest Tweets About The Struggles Of Parenting Twins

Parenting one child at a time is a tough enough gig, but when you have twins, then it's hellfire and brimstone. Sure, having two for the price of one gives you twice as much cuteness, twice as much love, and twice as many photo opps. But twins also mean double the trouble, which is something the parents of Twitter know all about. These hilarious tweets about the harsh realities of raising twins will make you realize just how tough of a gig it can be, proving that two for the price of one isn't always better. 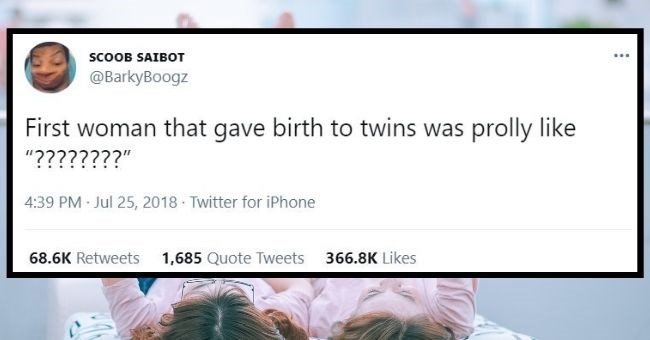 Having an identical twin comes with its pros and cons. If people know you have a twin, one of the pros could be pretending to be the other one whenever you want to get out of an awkward situation. But when it's the other way around and your twin has done something wrong, and you get blamed instead, then it's not so good. Twins are sharing some of their most awkward and awesome stories of being mistaken for their twin; from being slapped in the face to accepting compliments that weren't meant for them, they are entertaining and hilarious. 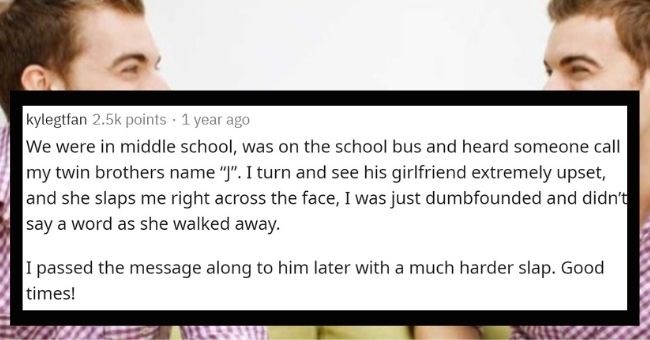 Fashion provides an opportunity for people to express their individual style and personality. But more than that, it also allows you to live vicariously through other characters, by dressing as they would. Dressing up is an outlet and means to imagine what you'd look like as another person or character and that's exactly what Danielle & Nicole, British twin sisters do on their Instagram account. Using vintage clothing, they recreate famous animated characters from movies or our favorite pop icons with beautiful results. Check out some of their amazing clothing creations below. Which is your favorite? 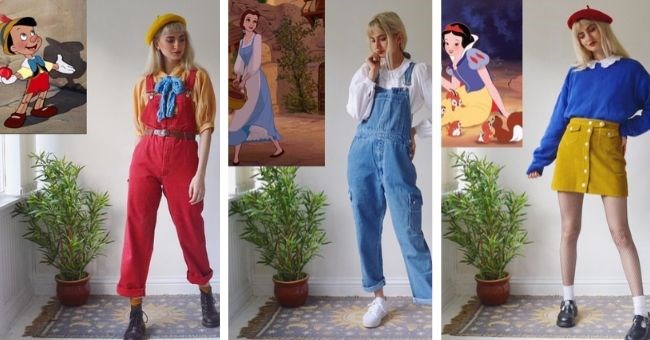 For this project called "Help, me my father is a photographer", this Israeli creative dad imagines absurd and funny situations, revealing the secret life of these two babies. A series to follow on the Facebook page of Guy Vainer. Via:Ufunk 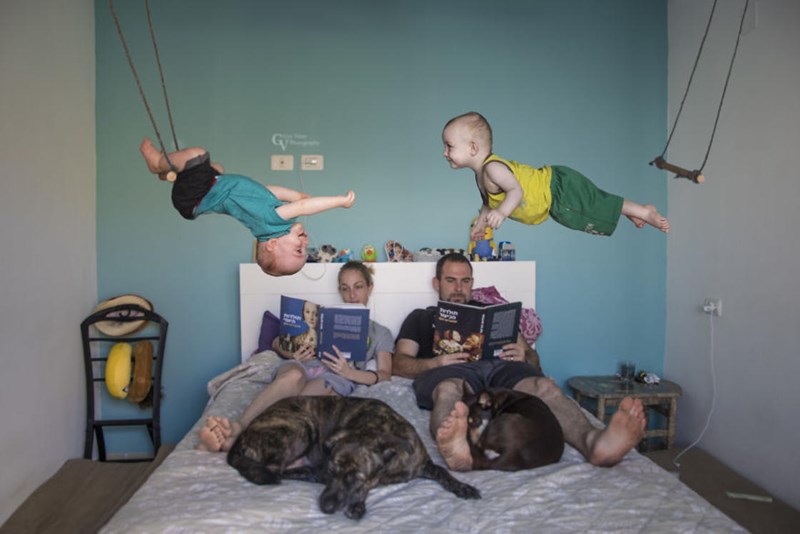