Sexual Innuendos In Kid's Movies Which Go Over Most People's Heads

Disney and Pixar movies are notorious for having those naughty one-liners that totally go over children's heads and are aimed at adults instead. Those jokes that you look back on as an adult and wonder how on earth they made their way into a children's show. The ones that would destroy a child's innocence if they genuinely understood the innuendos that were slipped in (see what I did there?) between the lines. A Reddit thread asked people for the best sexual innuendos from a movie or television show they were blissfully unaware of as children, and the results will evoke horror, as you realize that all your childhood favorite movies are ruined forever. 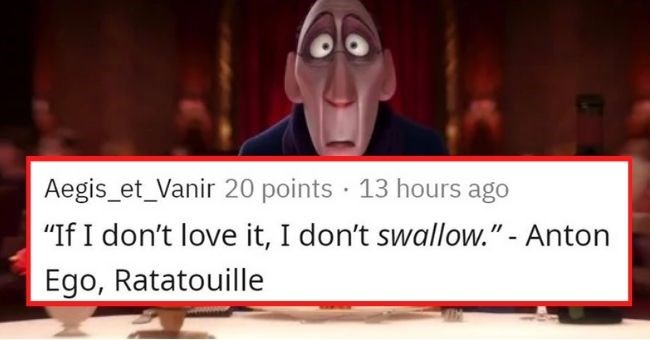