Internet Gold Diggers Are All Over Bill Gates After Divorce Announcement

Another day, another divorce. But not just any run-of-the-mill divorce - Microsoft power couple Bill and Melinda Gates have announced that they are officially splitting up. Twitter is obviously all over the divorce, with many single ladies shooting their shot with the billionaire himself in hopes of getting a piece of that Microsoft fortune. Some women have even gone so far as to slide into his DMs on Instagram, and now I'm super invested. Check out the funniest tweets surrounding the divorce below. 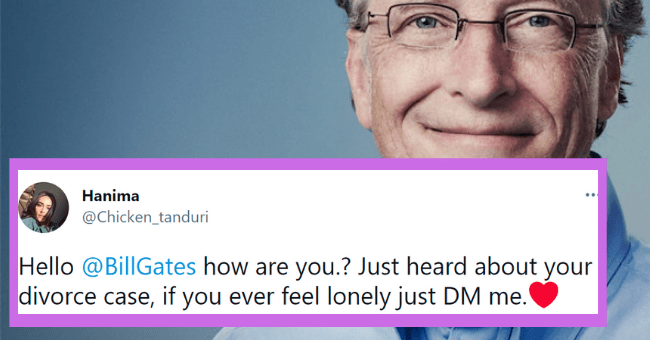 The Universe Can't Stop Thirsting Over Chris Evans (May 6, 2021)

Every Thirsty Thursday, the ladies at Cheezcake choose a hot celeb to thirst over. Last week, we were all about Hamilton's Leslie Odom Jr. and his golden suit at the Oscars. This week, we're oh, so desperate for Chris Evans to notice us, and the Twitter-sphere happens to be on the exact same page. Scroll down for the funniest thirst tweets over Chris Evans this week. 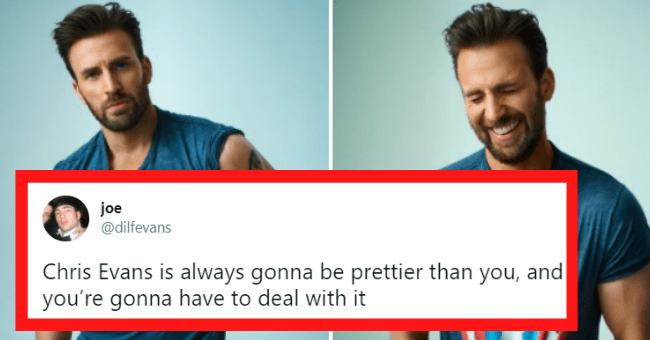 Every week, the Cheezcake ladies choose a hot celeb to celebrate through the thirstiest tweets about them. And here's the latest tea: Zac Efron and Vanessa Valladares have broken up, which means this sexy heartthrob that has had a special place in our hearts since the High School Musical days is back on the market! The second Twitter heard the news, they couldn't hold back their joy and excitement - naturally, he's the dude we're all thirsting over this week. Check out the thirstiest tweets below. 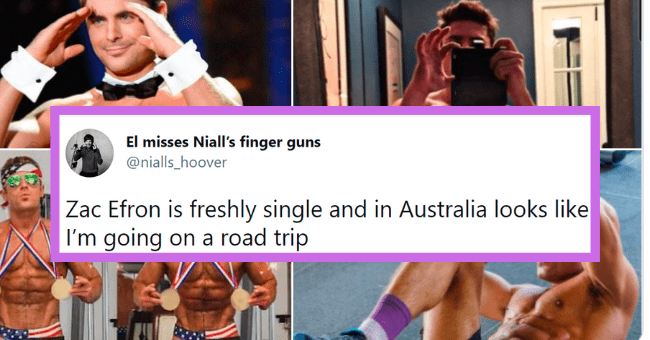 Every week, the Cheezcake ladies choose a different celeb cutie to thirst over, and this week we have decided to crown the one and only Ryan Gosling. This amazing actor has performed all different types of roles effortlessly, and we love to see him keep growing and thriving - especially as he gets better with age.Twitter can't stop thirsting for the hot celebs of the world, and always give us abundant thirsty tweets to work with. Scroll down for the thirstiest tweets about Ryan Gosling this week. 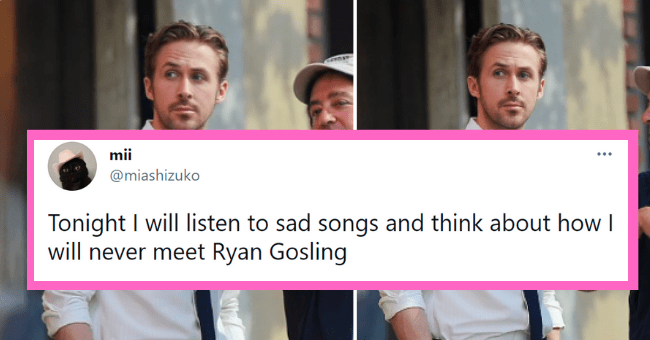 The Bridgerton fandom blew up when they discovered that The Duke of Hastings, played by Rege-Jean Paul, would not be returning to Season 2 of the Netflix series. The intense backlash to this announcement isn't surprising, considering The Duke was the hot plot that kept viewers coming back for more. However, the fact that Daphne's eldest brother, Anthony Bridgerton (played by Jonathan Bailey), will be taking the reins in the lead male role may keep these thirsty fans at bay. Many of Jonathan Bailey's fans took to Twitter to remind everyone that Viscount Bridgerton is just as sexy as the Duke, and will make a wonderful leading man. Whether it be through pictures or words, Jonathan Bailey's fans really pulled through for him. Scroll down for this week's thirstiest tweets. 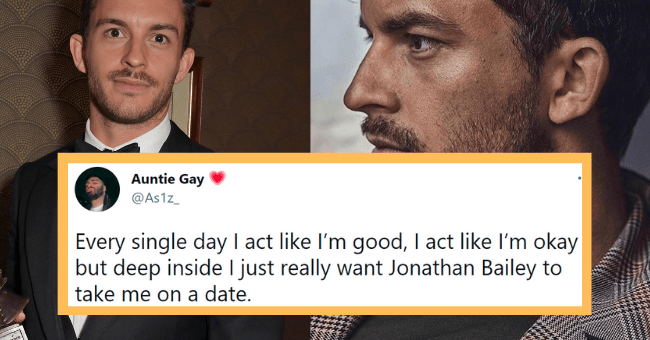 Funniest Reactions To The Duke's Official Departure From 'Bridgerton'

Bridgerton star Rege-Jean Page blew us all away in the first season. The steamy sex scenes he contributed to throughout the season will live rent-free in our minds forever and always. Alas, the show just announced that the tall, dark, and handsome Duke of Hastings that we have all come to know and love will not be returning for the second season of the period drama, which will focus more on Daphe's eldest brother, Anothony Bridgerton and his quest for love. Twitter immediately went into a frenzy over the heartbreaking news, some going so far as to say that The Duke was essentially the plot of the entire show (and let's be honest - they're not wrong). Apparently, each of the Bridgerton books focuses on the story of a different sibling, so the responsibility to keep the thirsty fans of the show satisfied falls to Jonathan Bailey, who plays Anthony, this time around. Till then, we'll all be mourning the loss of our sexy duke - scroll down for the most hilarious reactions on Twitter. 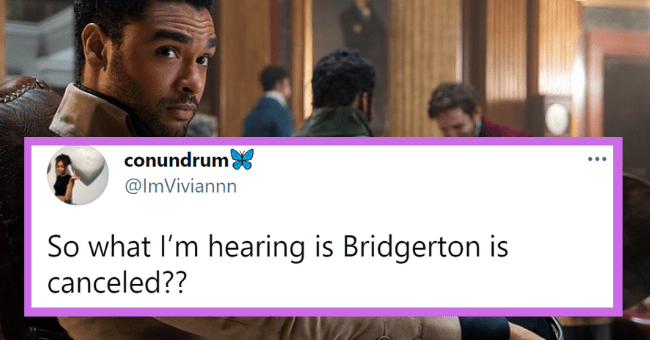 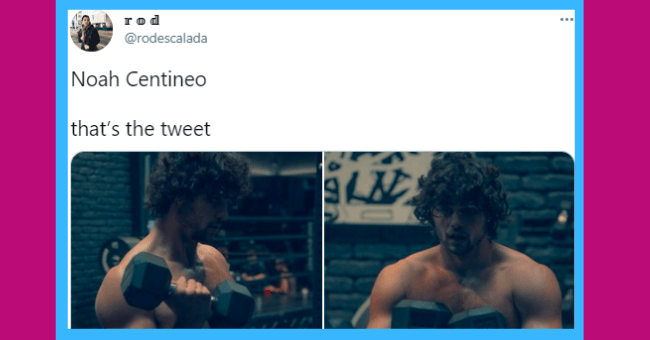 When it comes to Twitter, the thirst is real on a daily basis. The Cheezcake ladies are so here for these thirst tweets, and have decided to celebrate a hot celeb trending on Twitter, in honor of Thirsty Thursday. it's our duty to the public, after all. This week, the Twitter sphere is totally drooling over Harry Styles, who is in the spotlight for his recent Grammy win. His fans are definitely not holding back in these tweets. They're head over heels for him, and they want him to know. Scroll down for the funniest tweets thirsting over Harry Styles this week. 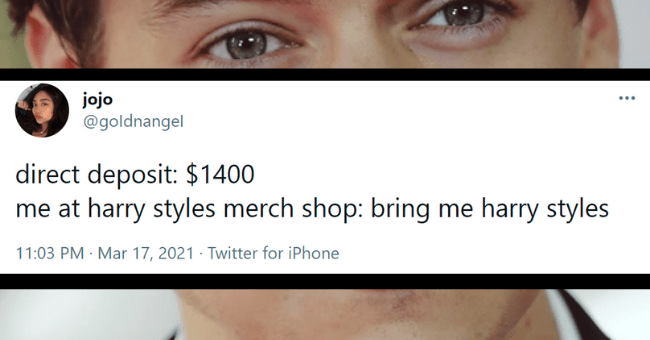 The World's Hottest Politicians To Quench Your Thirst This Week

Sometimes I feel like the politicians of the world are essentially a reality TV show. You're desperate to stop watching this trainwreck, but you just can't bring yourself to stop. And when the key players are fine AF - damn, we got ourselves quite the show going.

If these politicians had a slogan across the board, it would probably be "MPSA"- Make Politics Sexy Again. Doesn't quite have the same ring to it as MAGA, but they're sexy enough to make it work. Because hot people can get away with a whole lot of stupid sh*t. As a fellow hot person, I would know. Here's my cute, concise ranking of the hottest global leaders to date. 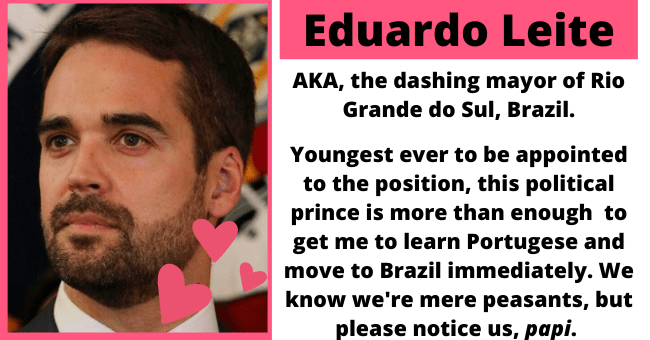