This is a terrifying story that could've ended very differently. And it's sad that it took her stalker's death for it to stop, and the only way she was able to experience relief and gain control of her life once more.

Twitter user, @johnniejae, shared her terrifying experience as a teenager, having an a stalker. The encounter started innocently enough, at the library and just escalated from there.

Did you know that an estimated 15.2% of women (18.3 million women) have experienced a form of stalking during their lifetime that made them feel in fear for their lives? 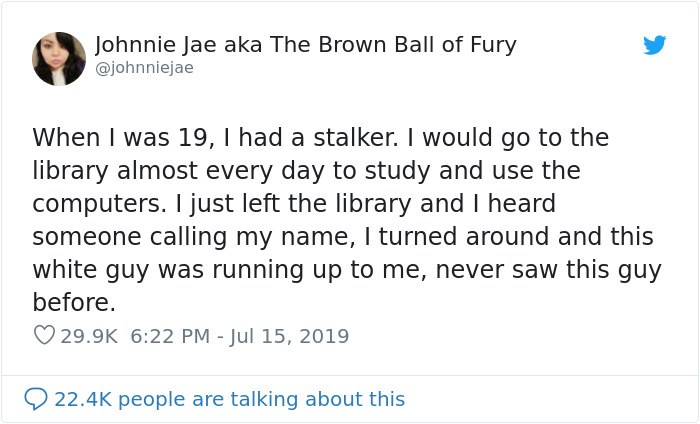