With Valentine's day recently out of the way, we've now entered the yearly 8-month limbo before Halloween. The Valloween Lull, as it is popularly called by absolutely no one, is a difficult time during which we languish with neither romance nor terror to stimulate us. So to tide you over, let's talk about a uniquely Valloween-appropriate phenomenon: sex in horror movies. It's a well-documented trope that having sex in a horror film is a surefire way to get killed, especially if you're a woman...unlike in real life, where women NEVER get backlash for their sexual choices. So, gentle reader, grab some tea and a cozy blanket, and let's have look at the sexiest sex scenes just before the murderiest murder scenes on film! 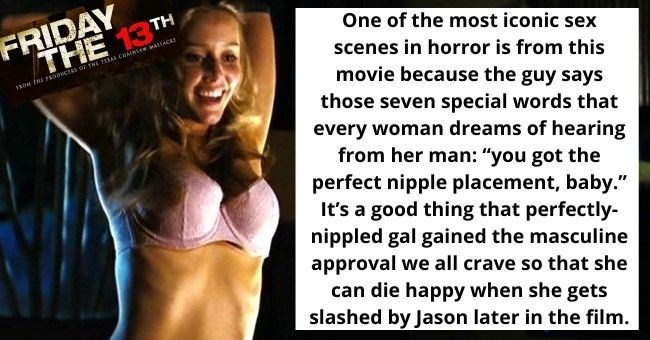