Ryan Gosling, the guy who won over the nation's hearts after his role in The Notebook, turned the big 4-0 last week on November 12. Although his celebration wasn't as lavish as Kim Kardashian's 40th birthday private island rave, his celebrity friends congratulated him nonetheless. Together with Mock Diaries, we bring you the hilarious (but satirical) text messages he received from friends and family. Welcome to this week's parody series of celebrities' intimate conversations. 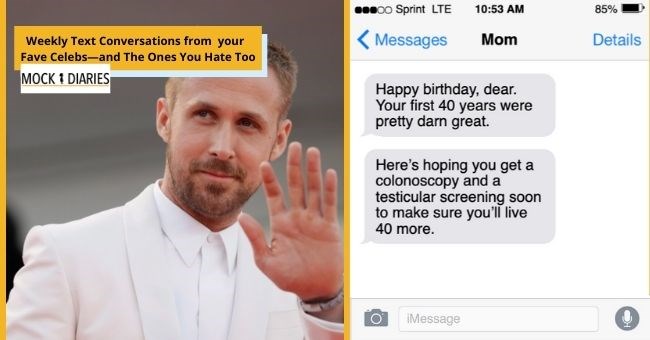 People Reveal Their Exes Fetishes Which Totally Turned Them Off