Prince William was just named 'World's Sexiest Bald Man' on the planet according to a new study using google, though it appears that most Twitter users have different thoughts. When this news broke out it did not take long for people to develop suspicions. Does this have anything to do with the Meghan Markle and Prince Harry Interview? What is this new study that 'uses google?' How did the Duke of Cambridge beat out  Dwayne "The Rock" Johnson,  Michael Jordan, and Stanley Tucci?

Stanley Tucci alone has received much love from Twitter during these trying times, I can already feel that the 'Justice for Stanley' has the potential to blow up the internet. And, as a Stanley Tucci STAN... I'm not mad about it. 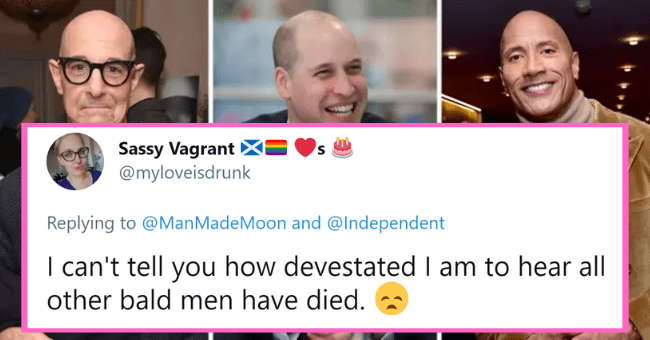