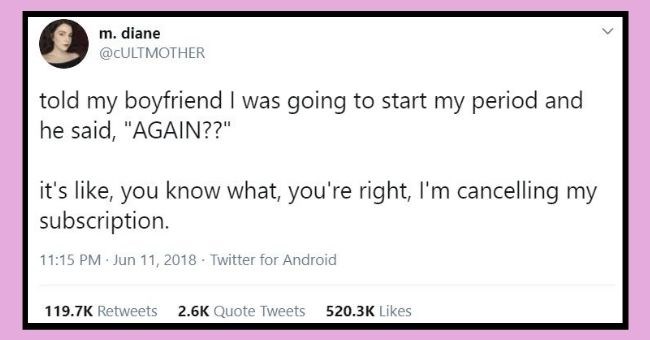 Twitter Debate As Tampax Celebrates ‘All People Who Bleed’, In Inclusive Period Campaign

As the world is becoming more and more 'woke,' companies are doing their best to be as inclusive as possible. Corporations are being careful to avoid discrimination of any kind, with some going out of their way to prove just how inclusive they are. Tampax, who in a recent attempt to be inclusive towards trans-people who may still experience periods despite their gender, tweeted, "Fact: Not all women have periods. Also a fact: Not all people with periods are women. Let's celebrate the diversity of all people who bleed!"

The tweet was received mixed reviews and created somewhat of a stir on Twitter, with nearly 30k people commenting. The feminists claimed Tampax's dismissal of women, their primary market, and the only gender who can scientifically menstruate, to be offensive and misogynistic. They especially didn't react well to women being referred to as "people who bleed". But others commended Tampax for their inclusivity, labeling the feminists as 'transphobes', who were confusing sex with gender and denying trans people a period experience. Here are some of the tweets below which show people's responses to the controversial tweet. 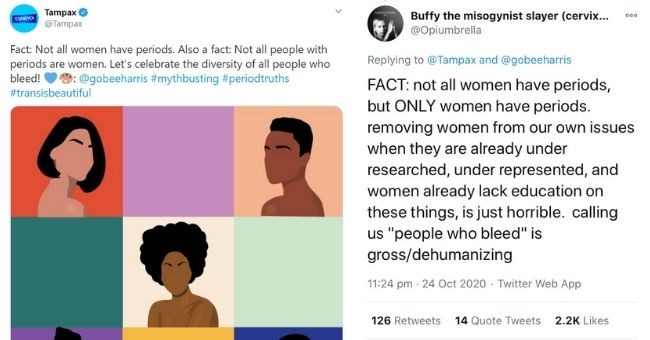 Periods bring up mixed feelings. If you get bad cramps like me, your period will evoke feelings of wanting to curl up into a ball and die. But, if you breeze through your time of the month like it's no big deal (I hate you, by the way), then it's just mother nature's way of saying, "Hey girl, you're not pregnant this month, as you were!" Either way, these funny period memes are relatable for all women because, if anything bonds women together, it's period talk! 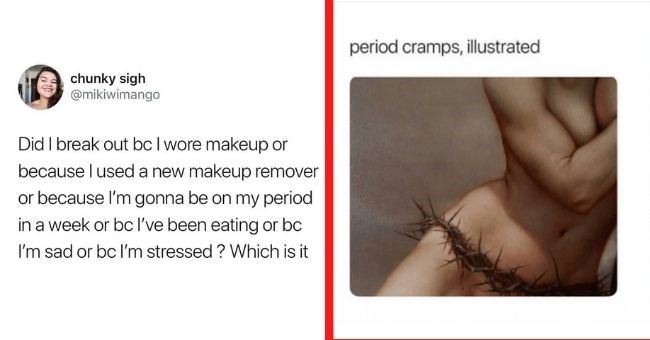 Dad Makes Daughter Do Chores In Return For Menstrual Products, Internet Loses It

We all judge other people; it's human nature. Everyone thinks they know best, although they rarely do. The subreddit r/AmItheA–hole is a great place to go if you're feeling judgy, because it's practically full of people questioning their culpability in various situations, looking for public approval. Look, if you have to ask the public if you're an a-hole, then the odds are that you probably are one. Like the dad who posted, asking, "AITA for expecting my daughter to do chores?"

At first glance, you might think, no, chores are an essential life skill for children to learn so that they learn responsibility, cleanliness, and how to keep their own house one day. But the father goes on to explain that she does the chores because he has to "spend extra on my daughter each month not only for her extracurriculars but for her monthly supplies, so it's my way of having her pay me back. She cleans the shared living spaces and bathrooms in our apartment and cooks four meals a week. My brother said I spend twice as much on my son's extracurriculars, and by my logic, he should have to do chores too. I explained he didn't because I feel his could help him get into college, but hers were just a hobby, in my opinion."

Yep, that's right, this madman's sexist double standards is period-shaming his daughter into doing the job of a housekeeper while her brother sits by and does nothing. All while he blatantly disregards his family's attempt to intervene when his daughter leaves home (not surprisingly). Scroll down for the comments left by other Redditors who lost it at this backward, lunatic of a man who does not deserve to be a parent. 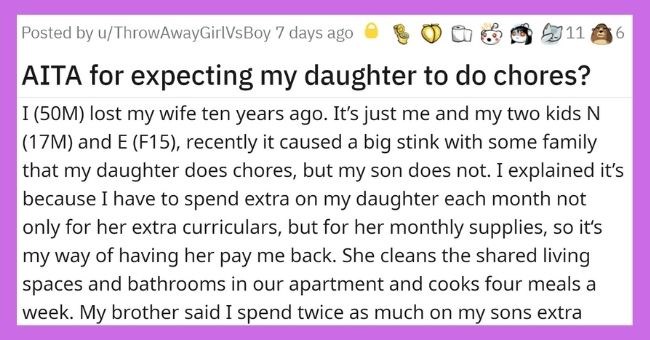 English Couple Are Dressing In Period Costumes For Isolation Walks

Izabela and Lucus Pitcher — a Buckinghamshire couple who own a costuming business — have been dressing up in historical costumes for their daily walks and "lifting the spirits" of fellow villagers in the process. Since all the events, re-enactors and museums who usually use their costumes have been canceled, the couple has found a new use for them in this difficult time. Izabela posts pictures of her and her husband in costume on Instagram and then hosts a quiz asking villagers to name the era and revealing them the next day. Here is a selection of some of their costumes; can you work out their correct eras? 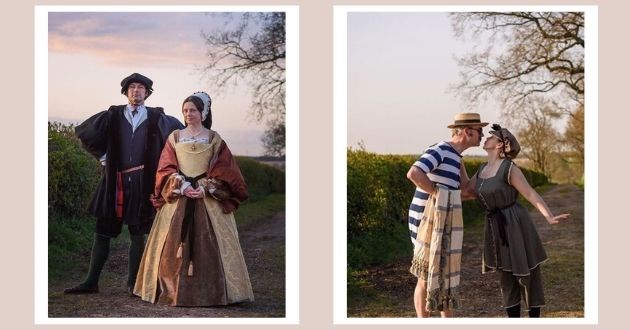 We really hope this guy is being sarcastic...Anyway, the people on twitter (Especially women) had their share on it. 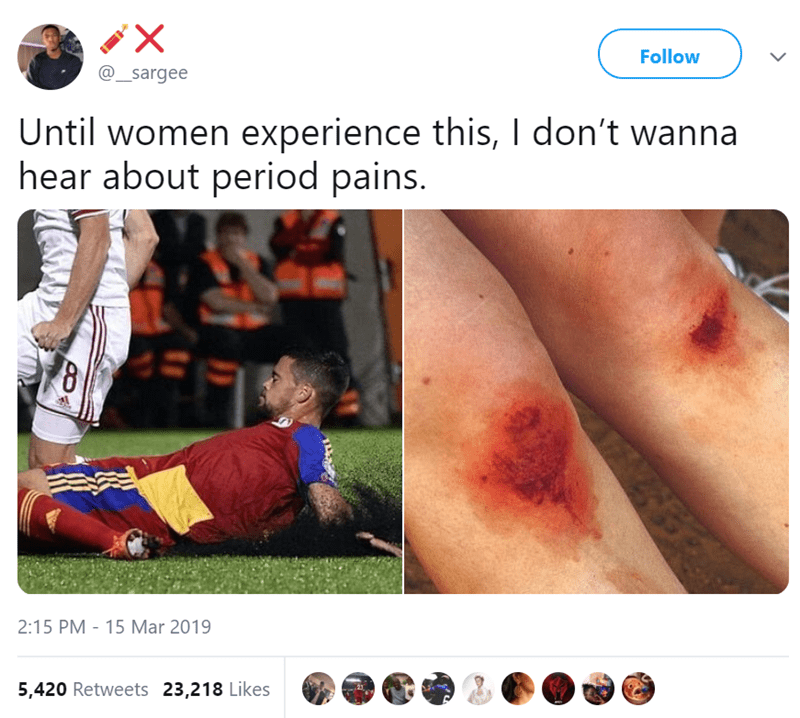 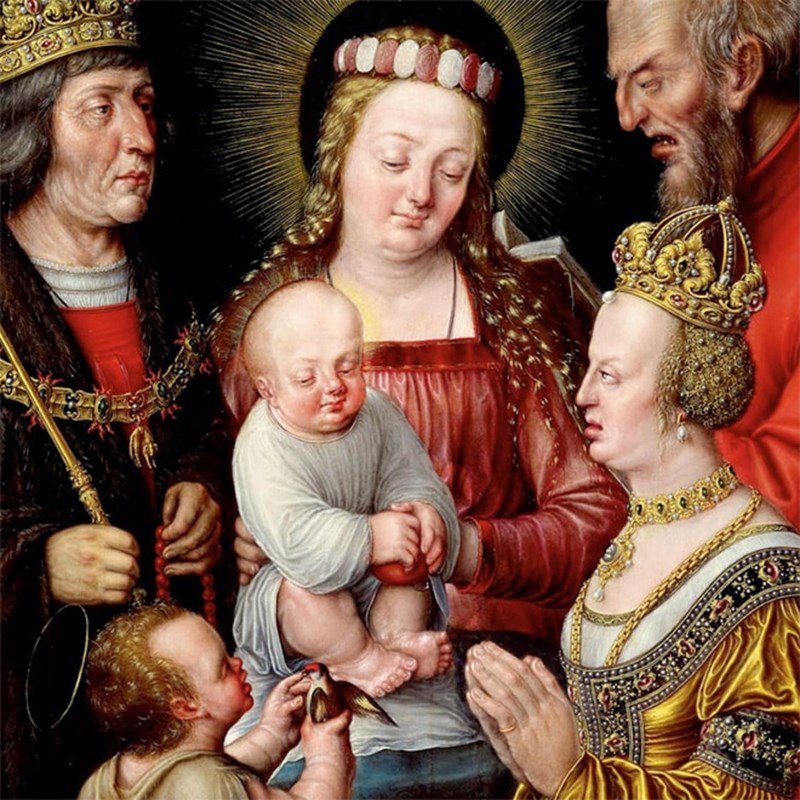 How It Feels Like When You're on Your Period 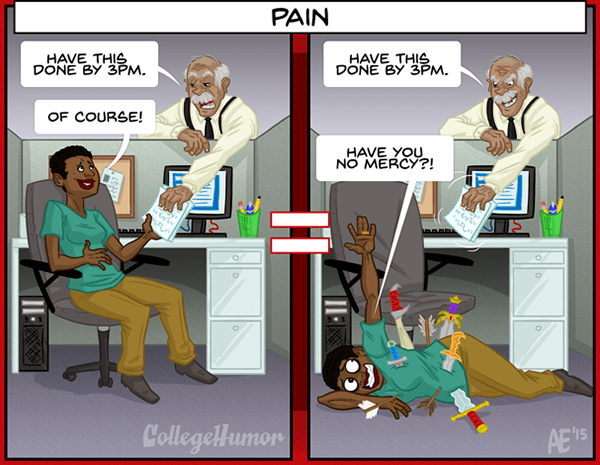 Painfully Hilarious Posts About Periods That Only Women Will Understand

Periods. There's no easy way to explain it, just a funny way. Here are the funniest posts from Tumblr and Twitter, courtesy of annoyed women around the globe (and BoredPanda).