Instagram has glowed TF up in the last decade, and so have its influencers. It seems like everywhere you turn on the social media app, an influencer is trying to sell you an unheard-of plant-based moisturizer that will allegedly make your skin shine, or promoting that infamous purple vibrator whilst urging you to use their discount code. Naturally, Twitter can't help but make fun of how influencers have established themselves into internet celebs that we should actually listen to. Scroll down for the best tweets making fun of Instagram influencers - or wishing that they were pulling in all the money that influencers supposedly make via their accounts. 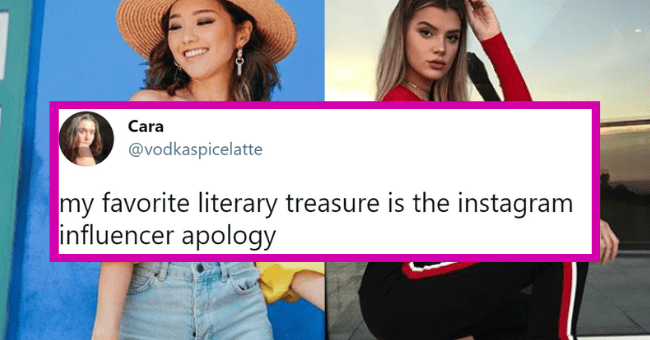 Diet Memes For Anyone Who Actually Hates Diets

Perfectly Legal Activities Which Raise So Many Red Flags