Having a baby is hard work. Suddenly, your life revolves around this tiny human who depends on you for survival, and you better know what you're doing. Since parenting is a very much 'learn on the job' type of role, parenting basics don't necessarily come naturally, especially if you don't have children. One guy proved this while staying at his sister and brother-in-law's house when he relocated their sleeping baby from its nursery into a stroller in the hallway just so that he could have sex with his girlfriend in the nursery. Understandably, the situation left the baby's father fuming because the baby's blanket had fallen over his face, which could have been a fatally dangerous situation. He posted on Reddit's Am I The A**hole, explaining that his wife, who wasn't in town at the time, claims her husband is overreacting. Redditors disagreed and had A LOT to say on the matter. 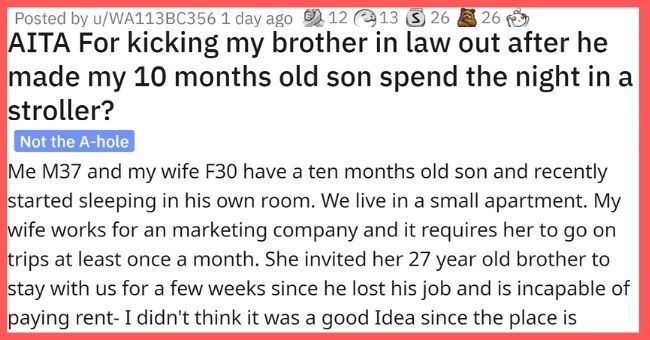