Oh man, this kid will be horrified to learn about this when he grows up! Redditor user, u/sothishappened2, messed up or rather "TIFU" (which is an abbreviation for 'Today I F**ked Up') by letting his son take in his mother's menstrual cup for show and tell.

To be fair, the dad had no idea what the cup true purpose was until it was too late.

At least it was an innocent mistake that everyone found hilarious -- including the mother! Read the story below: 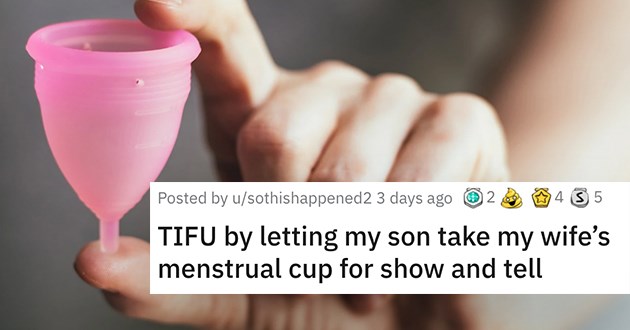 People Reveal The Brutal Breakups That Left Them Totally Baffled