It's no secret that nerds have been taking the world by storm. After all, where TF would we be without Steve Jobs and his crazy innovative contributions to the world?! Probably sending nude photographs via snail mail or something along those lines - ain't nobody got time for that! I'd take brains over brawns any day - not to mention the money comes along with all the genius ideas going on in their nerd heads. I'm not a gold digger, but I'm also not not a gold digger either. The sexy nerd isn't a new phenomenon. They've been blossoming in pop culture for the past couple of decades. Even though these characters don't really exist, we haven't stopped thinking about them since we first saw them on-screen. We've compiled a list of the sexiest fictional nerds of all time for your viewing pleasure below. 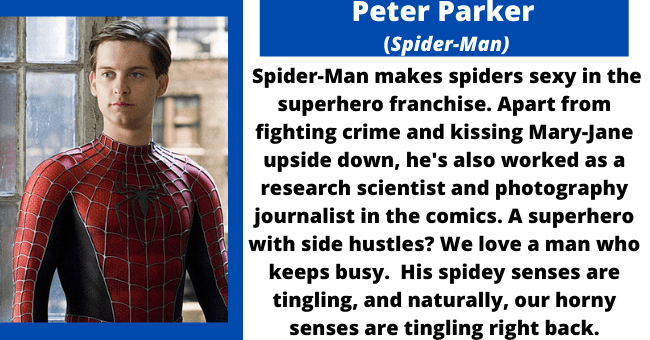