Jealous Woman Shames 'Friend' For Going All Out On Her Birthday

Different people have vastly different opinions on their birthdays. Some people dread them every year because they're so perplexed on how to celebrate, or don't feel like they've accomplished enough in the past year, or they just don't like adding a larger number to their identity. But some people are obsessed with their birthdays, and actually look forward to their big day. It doesn't really matter how you feel about your birthday, whether you have strong or mild feelings about it, you're allowed to feel however you want and no one should hold you back from celebrating it in whichever way feels right to you. 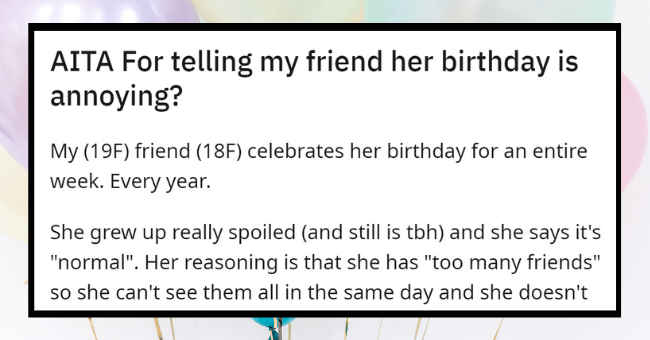 Things People Secretly Envy About The Other Gender

Even though we're nowhere near to reaching complete gender equality, both genders definitely have their perks in different contexts. And you can't help but wonder what it might be like to experience certain things as the opposite gender. Would everything be different? Probably not. But there are clearly certain things that are easier for or more fun for one gender over the other, and therefore we envy. 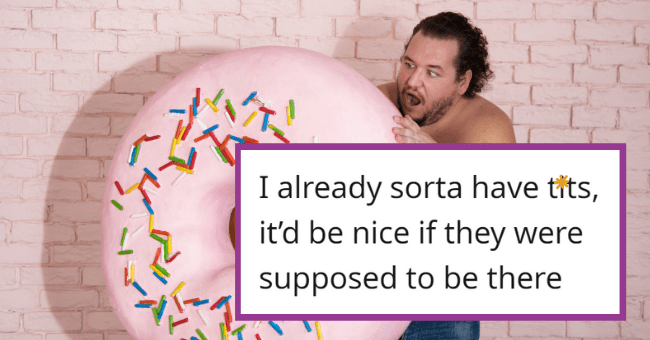 For the most part, money should not get in the way of friendship. Two people with drastically different incomes can still have a lot in common, and hang out without their disparities getting in the way. But jealously is toxic, and can definitely spoil a perfectly good friendship. Whether or not somebody 'deserves' the money they have, there's nothing you can do about it. They are just wealthy and therefore have a greater disposable income. If you have an issue with somebody spending their own money... You kind of have to get over it, it's a part of life. There will always be someone with more money than you and somebody else with less, that's just the way it is. 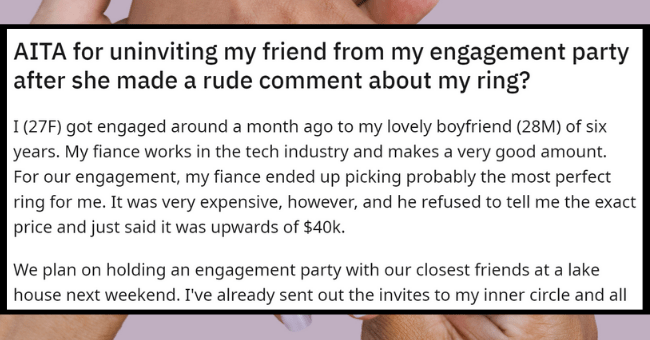 Guy Gets Slammed For Being Jealous Of GF's 'Easier', Better Paid Job

The extended lockdown over the past year has meant many couples now work together from home. Of course, living and working with your significant other isn't ideal because you're basically on top of each other 24-7, exposing you to sides of them that you might not have seen before. But since it's pretty unavoidable nowadays, couples have had to adapt. Unfortunately, it has brought out the ugly side of people, which one guy who posted on Reddit's Am I The Asshole proved when he went on a jealous rant after observing his GF's work schedule and being bitter that she was making double his salary for half the work. She understandably got pissed off, explaining that it wasn't his place to say what her time was worth because she was hired for her knowledge. If her boss and CEO saw the work she produced and based her salary off that, it wasn't his place to undervalue her because he was jealous. He also casually threw in the fact that she does the housework and he doesn't. Redditors had a lot to say to him, but the main consensus was that he was the asshole who had jealousy issues. Read his ridiculous rant, and let us know what you think. 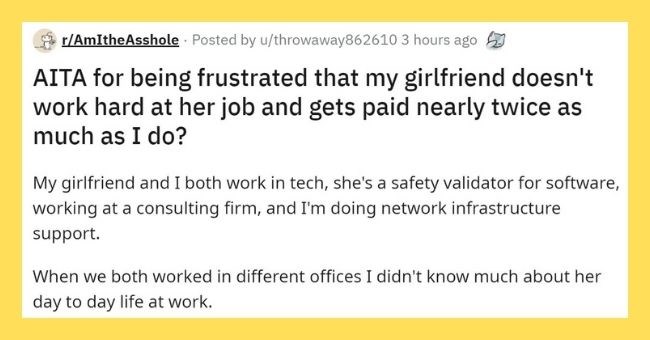