Homophobic Grandparents Trap And Pester Teen Grandson About His Sexuality

Grandparents have the potential to have some very special relationships with their grandchildren. But something about the generational differences can either bring them really close or be a barrier that holds them back from being able to relate to each other. We so often hear the term, "oh, they're from a different time, don't take what they say to heart" but that doesn't really make any sense. Sure they were alive during a time where 'things were different' but they were also alive during the times where those 'things' changed, so why couldn't they also shift their outlook? 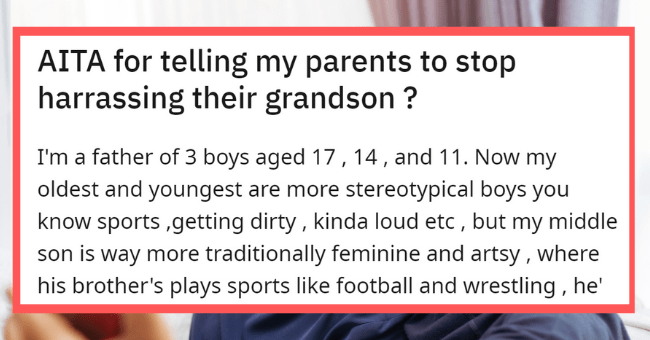 Mothers-In-Law aren't always a handful, but when you look at the 'Am I The A-Hole' community page on Reddit, it can really seem that way. It is true on some level that they will always put their own child's needs first, considering they are blood, but that doesn't mean they have to be completely awful to their child's spouse. We wonder how many in-laws are the entire reason that some couples don't make it because their snide comments and lack of boundaries can sure do a lot of damage. 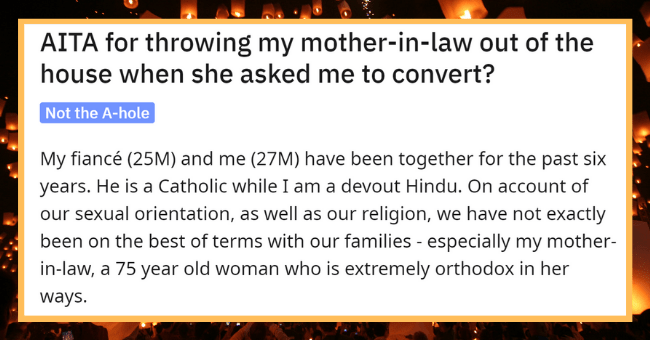 Living in 2021, you would think everyone would be past the whole "anti-gay" thing. Unfortunately not, and homophobia is still very much alive and well. While society still has a lot of work to do on this critical issue, the ways it plays out in family dynamics can be equally damaging in many ways. A woman posted on Reddit's Am I The A—hole, asking if she was wrong to call her father out on his 'fragile masculinity,' following a homophobic remark he made during her most recent visit. She had put The Wiggles on to keep her one-year-old entertained—her child's favorite show, but one which her father claimed was 'creepy.' His justification? 'Because, to sing and dance and smile like that as a full-grown man, you have to be gay. That's not the kind of people you want around kids.' Um, no, sir. Fully-grown homophobes like you are not the kind of people you want around kids. 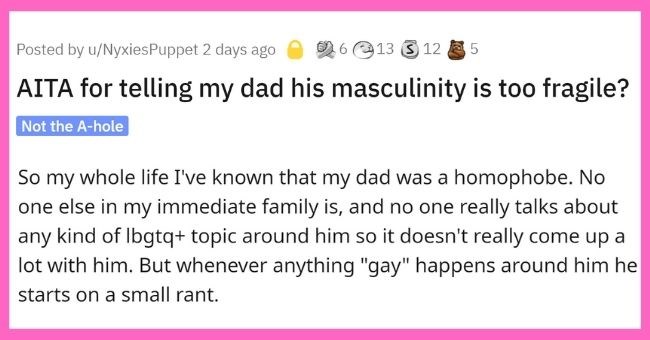 Men Who Tried To Look Tough, But Ended Up Looking Like Idiots Instead

The Worst Things People Have Witnessed In Public Restrooms