If Harry Styles were to show up unannounced at my home with a boombox over his head... Let's just say I would not be disturbed. However, if it was Mr. P, my sketchy gym teacher from middle school, I wouldn't hesitate before calling the cops. Depending on the person and the relationship what is creepy could be considered cute, and what is cute could be considered creepy. It can be hard for guys to calculate, but my biggest piece of advice is: If you're not sure... just don't. Reddit users have asked women to share the things guys do that they think will be considered cute, but that is actually creepy, and these ladies did NOT hold back. We can only hope these men are actually unaware of how they're coming off... 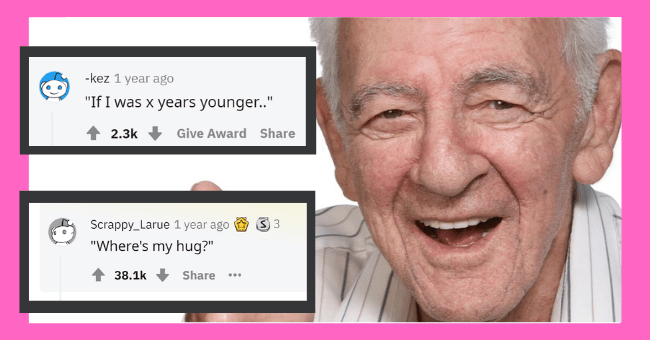 Fifteen Times Khloe Kardashian Really Said What She Said, And Was Somehow Relatable

It will never stop being impressive how the Kardashians, a family worth billions of dollars collectively, are somehow so relatable. How do they do it? Khloe Kardashian has received a lot of backlash recently for... well existing. Okay, actually for her photoshopping and plastic surgery, but basically just for existing. She used to be the favorite because she was the only one who allegedly didn't set unrealistic standards for women, but then she gradually lost that reputation once she began her weight loss journey.

To be real though, regardless of how her look has changed, she has been, and will always be unapologetically hilarious.

These gifs exemplify how her humor has truly always been on point. 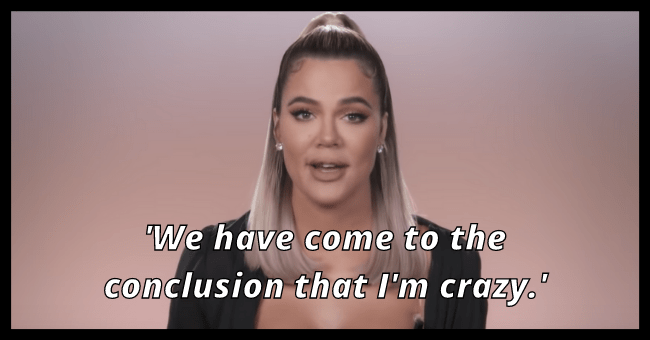 Fifteen Women Who Deserve A Medal For Not Giving A Frick

During International Women's Month, we celebrate the patience that we all have 99% of the time. However, being a woman, we deal with a lot of BS. It makes us stronger and we all know it. Sometimes we are considerate and polite, but other times we just don't have anymore f***ks to give. We've run out for the day sorry, maybe try again tomorrow. 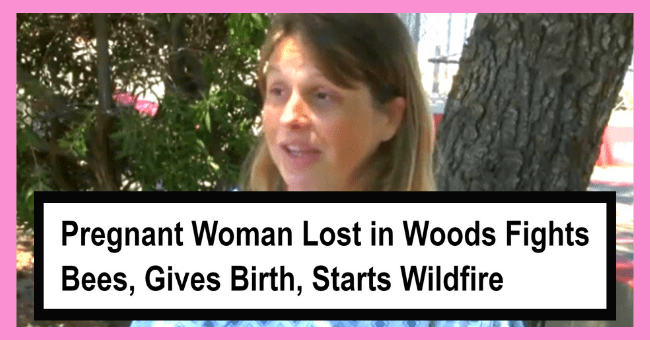 Although a lot of the major names in fashion tend to be men, the people that really sell the trends are the boss-ass women who make it their signature look. Women are constantly starting, spreading, and bringing back trends. Now, on International Women's Day, it's time to honor these queens and remember who really runs the fashion world.

Women Name Their V's Based On The Last Show They Binged

Haven't come up with a name yet for your best girlfriend? Well, you are in luck because apparently there is a trend going around where people reveal the names of their cooters based on the last TV show they watched/binged/hated, it doesn't matter. Before moving forward maybe you should think back to your name. I'm pretty proud of mine: Love Island. 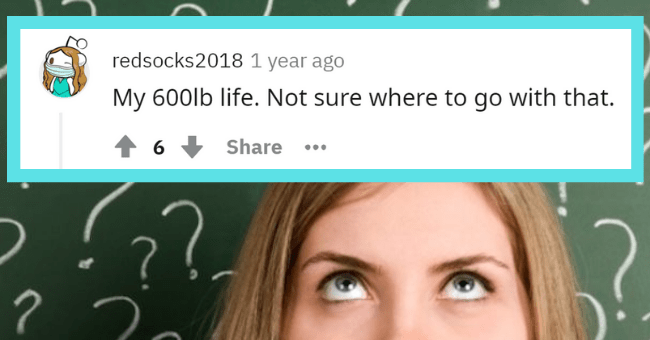 Women Present Strange Things They Thought Were Only Their Problem

Being a woman can feel weird a lot of the time. There are things that we all go through that we just straight up don't talk about sometimes and that's just the norm. We get one stern talking to about our periods when we're like 12 and then that it... go and fend for yourselves! Well if you think you go through some strange sh*t as well, maybe you can relate to some of these posts! 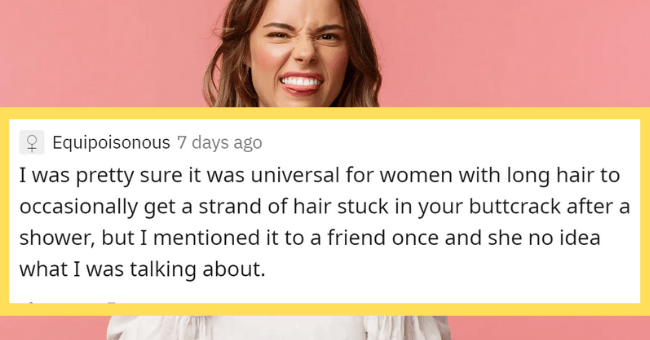 People Disclose Their Not So Traditional Cultural Traditions

Every culture is rich with unique traditions. It is amazing to be able to hear how somebody else was brought up completely different from you. All cultures should be celebrated and loved. But let's be honest, whatever culture you grew up with: Western, Eastern-European, Asian, Middle-Eastern, etc, there are some questionable traditions that you never found weird until you grew up and realized not everyone could relate. Some just seem downright silly, but hey, a part of loving your culture is laughing at your culture! 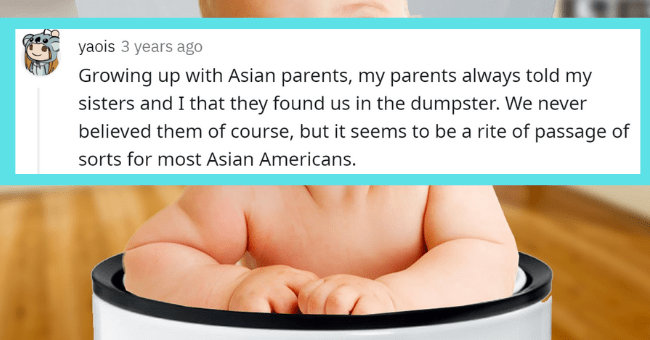 Kids are extremely curious. Sometimes it's rather unbearable. They will willingly ask 100+ questions a day until they exhaust every adult around them. Sometimes though, they will find the answer on their move on with their little lives. The only issue is that that answer may be complete nonsense, and eventually that little kid will grow up to be a big adult and they will have to actually understand what is going on around them. Hopefully, somebody corrects them before it's too late. 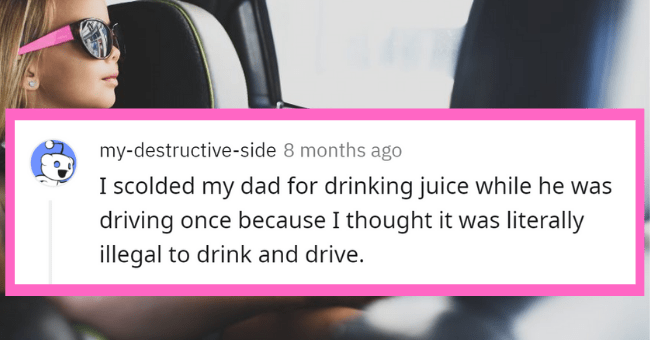 Women Disclose When A Guy Stops Being Funny And Turns Obnoxious

Guys are always on about how girls aren't funny (which is a whole other conversation), but then they can get so angry when a girl doesn't laugh at their jokes. Women really can't win, if they don't laugh, it's not that the joke isn't clever. It's just that they 'simply don't get it,' or they 'have no sense of humor.' Or maybe she's just tired of you recycling the same four Family Guy references, Brad! 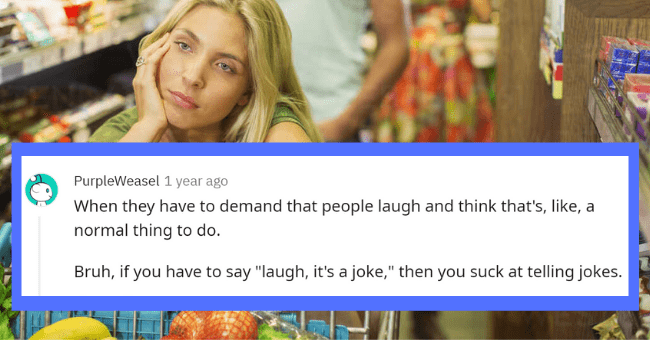 So, it's commonly known at this point that women outlive men in almost every part of the world. I'm definitely not complaining, but it is interesting to think about why it might be that way. I'm sure there's a totally accurate scientific explanation for it somewhere, but conveniently #WomenLiveLongerThanMenBecause is already trending on Twitter so... I bet the true answer is there somewhere. Hehe. 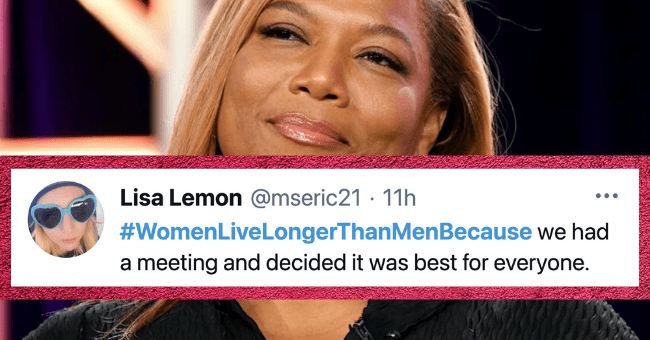 Women Reveal Ridiculous Stories Of How They Swore They Were Pregnant

Okay, this is definitely a thing. As girls, we usually all learn about what being pregnant is before we fully understand what sex is. This results in a delay of information, a disconnect you might say. We know that we are the gender that has babies, but what leads up to that? Some parents will try to scare their kids by saying that they can get pregnant in all kinds of ways. Thank god we have the internet these days. Just try not to get sucked into the "I didn't know I was pregnant" stories. 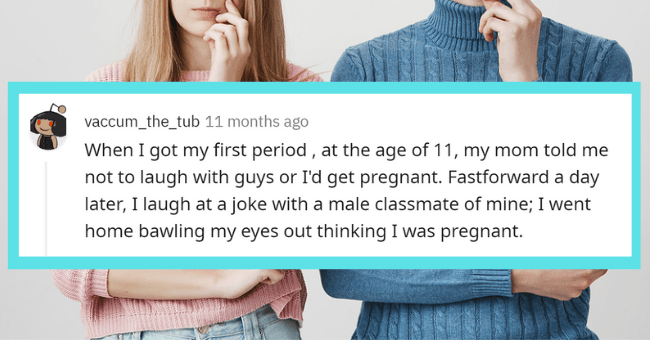 I seriously wonder what goes through peoples' minds sometimes. In what world should women be 'flattered' for them requesting nude photos? It can really put women in an awkward position. Do I trust him? Does he really like me? Why doesn't he just ask me to hang out so he can see it all in person? I've heard that our parents generation  used to meet at a hidden spot in their neighborhood, count down from three, flash each other, and then run away. No cameras, no screenshots, no evidence! Though, still wouldn't fully recommend that since public nudity is illegal in many places. Can't have it all I guess. 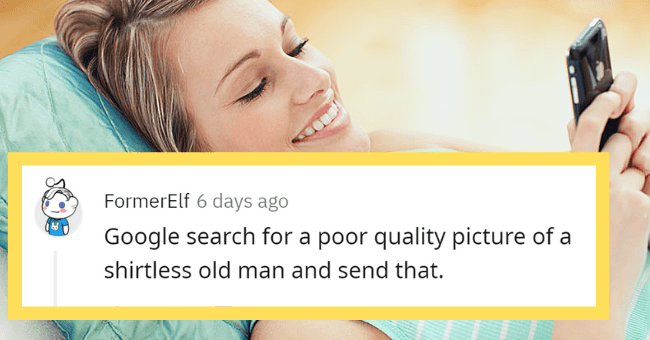 The Ridiculous Ways People Thought Babies Were Made

Ah, childbirth. One of the most common miracles that literally occurs every single second. I'm not kidding. There's an average of 250 babies born every minute, look it up! It's kind of like one of the secrets in life that everybody understands at their own pace. But once you know, you know. Some parents share it casually with their children, and some will create magical stories to distract their children from inevitably asking them what S-E-X means. Not today Charlie, it's time for bed. 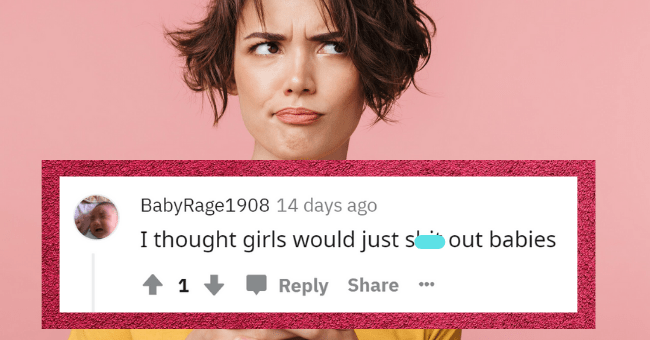 Nobody can control their dreams, and it can be really frustrating sometimes, like when you're trying to run away from a monster and you are making no progress. Ugh, it's annoying just thinking about it. Sometimes dreams can be nice though, even pleasurable. Every so often you realize your true feelings for someone because they popped up in your REM. But sometimes you have an intimate dream that is just messed up. It happens to everyone, nothing to be ashamed of. Just... remember it's only a dream, right?

Ah, the miracle of motherhood. Isn't it just the most magical thing? Every part of it is easy and fun! JUST KIDDING, all moms deserve a raise for putting up with it all. From pregnancy to birth, to... well forever. Homegirls really don't get a day off. Still, it's always possible to find humor in each phase of motherhood. Specifically during pregnancy. Sure there were sleepless nights, back pains, and the occasional low-key heat strokes, but there were also those hilarious pregnancy cravings. 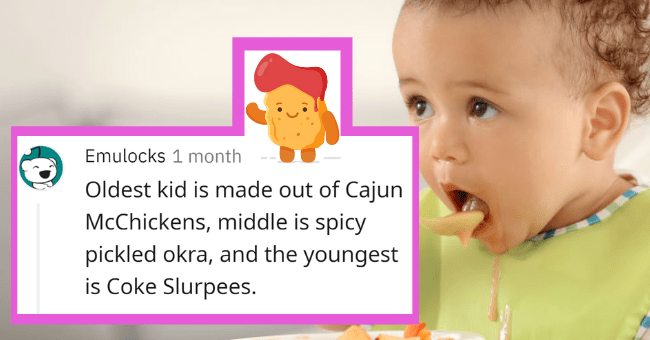 One night stands are nothing to be ashamed of. It's a totally natural part of life, and as long as we're all being safe and honest, there's no reason to give a sh** what anyone else thinks. That being said, they can really be cringy sometimes. That awkwardness usually begins the moment you finish, and then it's just like... What now? Well, if any of this seems relatable, or at least entertaining, maybe you will enjoy these thirteen bizarre one-night stand stories that some brave people shared on Reddit.