But even if you fall into the latter category, what's 'weird' on the kink spectrum is relative; one person's "normal" is another person's "hell to the no". Sex workers, whose job is to make their clients' fantasies come true, are perhaps the group of people most exposed to the pandora's box of sexual kinks and fetishes. But even they have their limits, and a recent AskReddit thread where sex workers described some of the worst requests they received from clients revealed some genuinely shocking stuff. We've compiled a list of some of the strangest requests, which will probably make you realize just how vanilla you are after reading them. Maybe.

Shop Owners Who Have A Great Sense Of Humor

If you're a store owner, then you'll appreciate how important it is to keep your customers happy, entertained, and smiling. Because shopping doesn't have to be a boring or mundane experience, and these shop owners with a great sense of humor are proving just that. Check out the signs that they placed in their stores to keep their customers bright and cheerful. 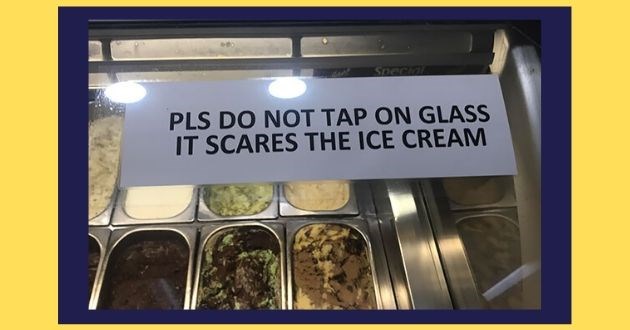 Restaurant In Texas Puts Up The Funniest Signs

El Arroyo, a restaurant in Austin, Texas, is putting up witty, playful, and semi-inspirational signs to draw attention and make people smile. The restaurant, which according to its website is the "last queso stop before a bunch of yoga studios" puts the iconic signs outside the restaurant which have become somewhat famous in Texas. The signs all have the same aesthetic of black lettering on a branded board and they even take suggestions via email, which you can send to sign@elarroyo.com. Their Instagram account has 238k followers and contains all their wonderful signs, but we've compiled a bunch of the best for you below. 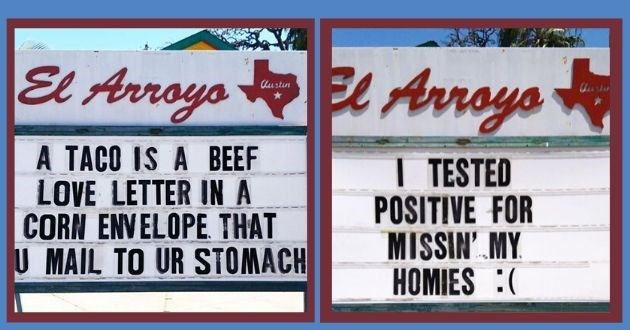 Professionals Reveal The Craziest Demands From Their Customers

Those who work in the service industry know that the customer is always right. Well, officially, anyway. In reality, customers are a pretty demanding bunch who often make unreasonable requests. Whether it's in shops, restaurants or hotels, sometimes clients demand things that push the limits a little too far. One twitter started a thread asking people to share their most unusual customer service demands and the answers are pretty ridiculous! Check out below just how unreasonable some people can be. 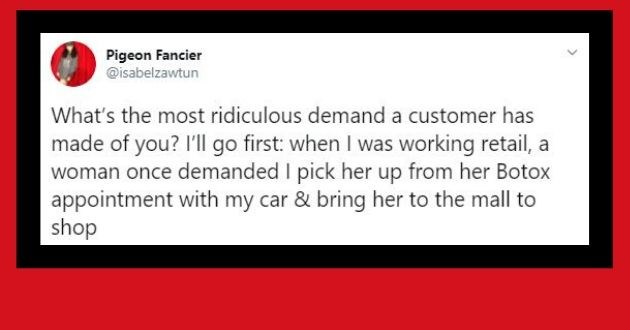 People You'll Only Find At Walmart

Funny Animation Illustrates The Endless Choices Of A Woman

Funny, Brutal Letters Of Disappointment From Girls To Their “Exes” (November 26, 2020)