Ladies, it's time to scroll through the funniest 'women roasting men' tweets we found this week. The ruthless women of Twitter, who personify that old adage, "Hell hath no fury like a woman scorned". So pour yourself a glass of your favorite beverage and have a laugh as you read through women dragging men through the mud on Twitter, and then check out last week's when you're done. 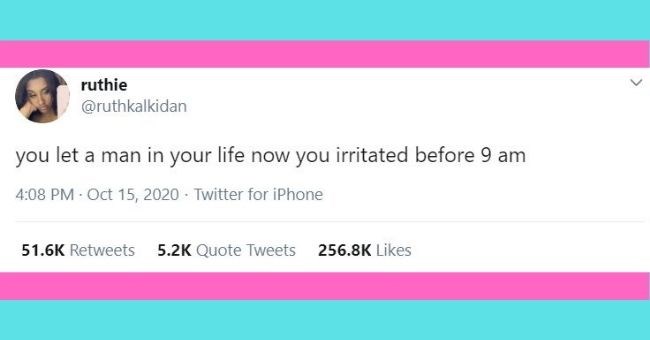 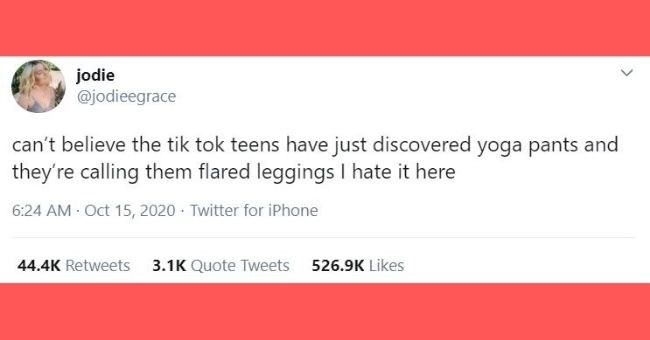 A good walk of shame (or stride of pride) story is always good for a laugh...especially after Halloween! Who doesn't love the thought of a sexy nurse or a giant banana trekking across town after some good old-fashioned adult fun! We teamed up with The Single Society to share some of the most horrific and hilarious 'walk of shame' stories. Enjoy! And maaaaaybe think about bringing a change of clothes for future Halloween parties. Just a thought! 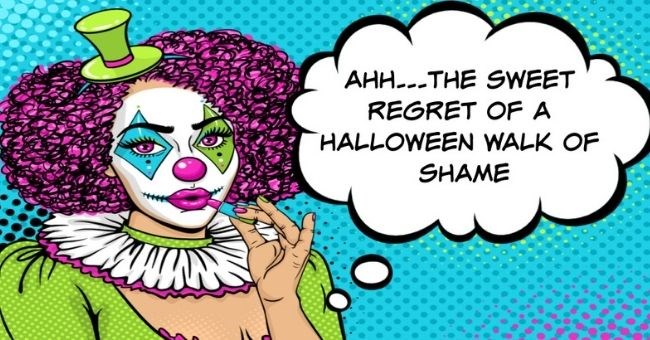 A Fresh Batch Of Women's Memes

We're back with a fresh batch of memes that pretty much any girl can relate to. It's full of all the stuff women struggle with and all of the things that we as women celebrate. Dive in, enjoy, and then check out some more women's memes to satisfy your meme cravings. 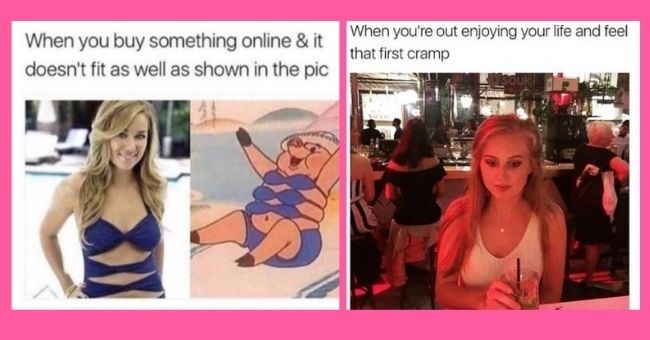 Funny, Brutal Letters Of Disappointment From Girls To Their “Exes” (October 15, 2020)

Dating in 2020 has been somewhat of a nightmare all round. But throw a f*ckboy into the mix, and it's a disaster of epic proportions. Speaking of f*ckboys, we're back with the latest batch of letters that women have written to the disappointing men they've dated, courtesy of To The Guys I've (Kinda) Dated. Welcome to the Instagram account by and for women, containing letters that frustrated women have penned to the men letdowns they've been romantically involved with. Scroll down and read some of the shocking things that men have tried to get away with during 2020. Let the naming and shaming begin! 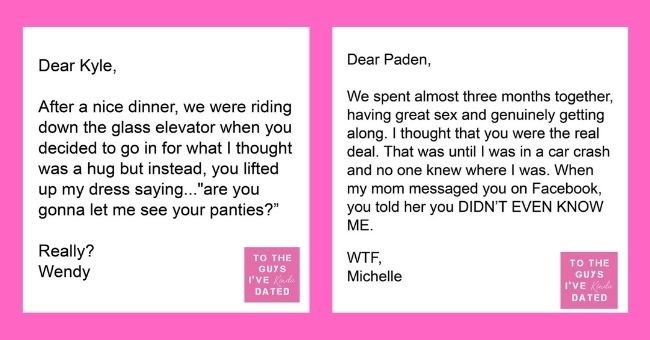 My Dating Nightmare: Bad Tipper Who Proved Chivalry Is Dead

What happens when you go on an awful date with an unchivalrous asshole AND a bad tipper? Well, we write it down and post it on the Internet for all to read and enjoy, of course! This is of course, why we teamed up with The Single Society, so we can share all of the dating disasters that happen to unlucky singles every day. Remember to tip your bartenders! 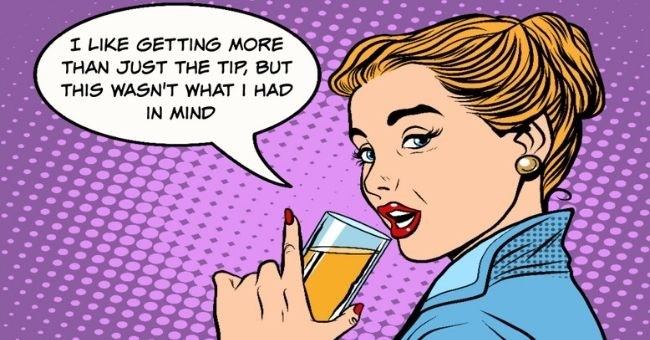 Someone famous once said, "hell hath no fury like a woman scorned", but times have changed. Now, a more accurate way of putting it would be "hell hath no fury like a woman with a Twitter account, who was scorned by a f*ck boy". In short, don't piss a woman off; she will ruthlessly take you down. Welcome to this week's funniest 'women roasting men tweets', where women roast men to within an inch of their lives, dishing out brutal honesty to the disappointing men in their lives. 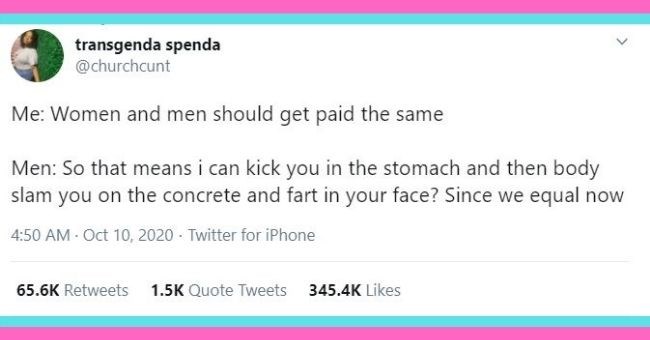 The women of Twitter never fail to bring us joy and laughter, and we love sharing our happiness with you. So here's your weekly haul of the funniest women's tweets that we saw over the past seven days. We do the work, and you do the laughing. Oh, and here are last week's in case you missed them. 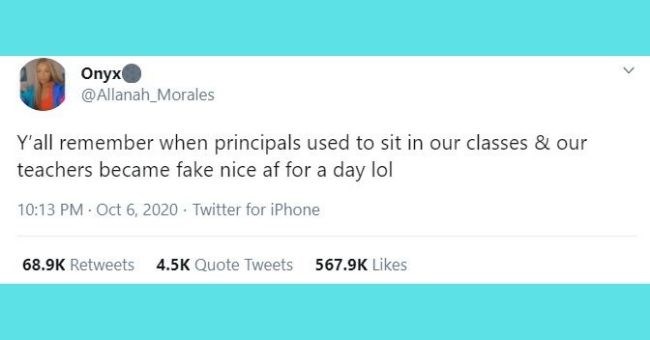 Who doesn't love a good 'ol fashioned toss in the sack? Sex can be a beautiful (and fun) way to pass the time. Whether someone has a dirty little fetish or an unfulfilled sexual fantasy people can certainly get...creative when it comes to their preferences in the bedroom. We have teamed up with The Single Society to bring you all these

It's nearly the weekend, which means things are winding down, and your brain is screaming out for some entertainment to get you through. Have no fear, we're delivering a dose of your regular ladies memes, and they're as good as ever! Oh, and here's some more for when you're done with these! 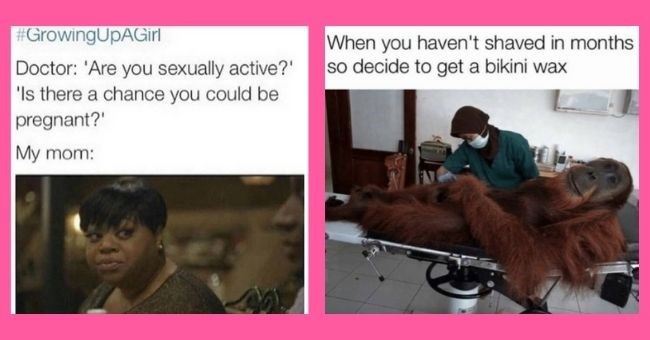 Funny, Brutal Letters Of Disappointment From Girls To Their “Exes” (October 8, 2020)

It's time for your latest haul of scathing letters written by women to the disappointing men they've dated, or at least kinda dated. Because let's be honest, the word 'dating' nowadays doesn't mean much. And based on these letters, it means guys being total d*cks and trying to get away with it. But women aren't putting up with this poor behavior any longer, and it's time to name and shame. Together with To The Guys I've (Kinda) Dated, we bring you the letters submitted by women to the sh*t shows they've dated, which you'll either relate to or make you feel grateful for being single. Or, thankful for the stable, good guy you're with (aren't you lucky!) Enjoy these letters and then check out last week's in case you missed them. 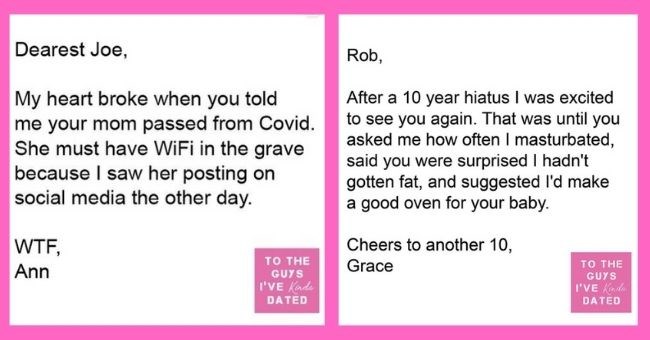 We put a lot of content out onto the internet, but one of my favorites each week is the 'women roasting men tweets.' Why? Because arm a pissed-off woman with a Twitter account and you've got yourself some comedy gold. Enjoy the latest selection of the funniest women who roasted men on Twitter this week and then scroll through last week's in case you missed them. 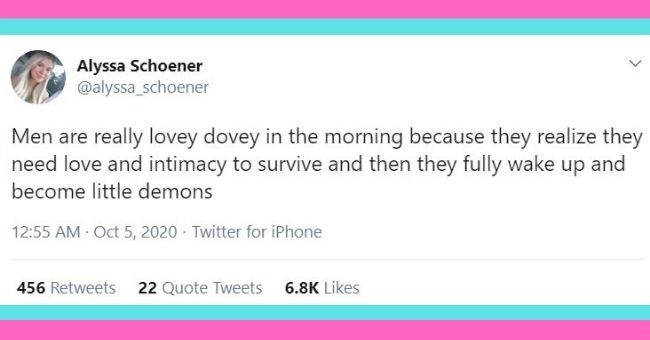 Another week of the sh*t show that is 2020 has passed, and the funny women of Twitter have a lot to say about it. So here's this week's funniest women tweets for your entertainment, and when you've finished scrolling through these, here's some more to keep you going. Because funny women are pretty much the only thing worth reading lately anyway, amirite? 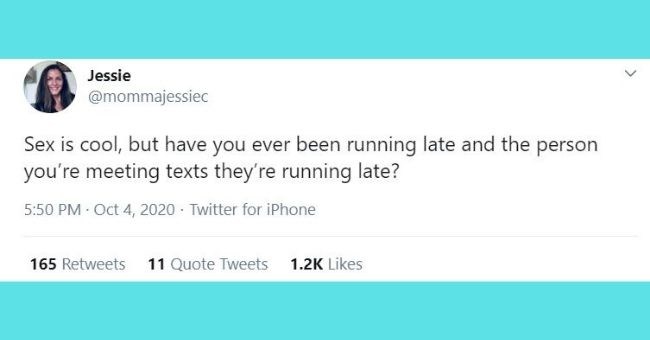 My Dating Nightmare: Financially Irresponsible Golfer Who Wasn't Up To Par

In this digital dating era, there is never a dull moment when it comes to the search for a potential mate. As they say, you have to kiss a few frogs to find a prince! We teamed up with The Single Society to bring you all the details of the cringe-worthy experiences while kissing these fabulously horrible - and hilarious- frogs. Read about this awful golfing date that was definitely a swing and a miss. Have an awful date story to share? Speak up and share it here! We'd love to hear it. 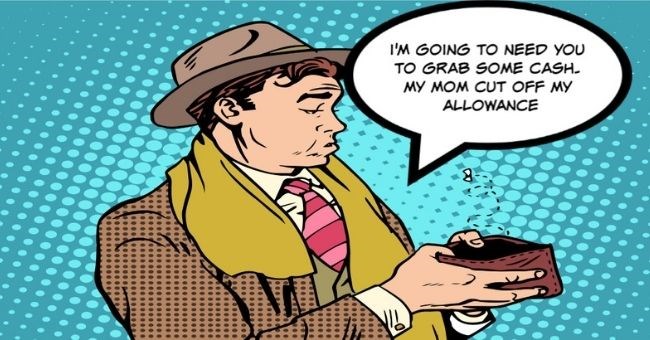 To The Guys I've Dated
Favorite

Funny, Brutal Letters Of Disappointment From Girls To Their “Exes” (October 1, 2020)

As if 2020 couldn't get more disappointing, throwing a couple of d-bags into the mix can only make it worse. Because what's more depressing than a modern-day Casanova a*hole who makes a woman feel like crap? Probably not much. Together with To The Guys I've (Kinda) Dated — an Instagram account by and for women, containing letters that frustrated women have penned to the disappointing guys they've dated — we bring you the latest haul of these scathing letters. If they weren't so funny, they would be heartbreaking, but they give a true insight into the shtshow that is modern dating. 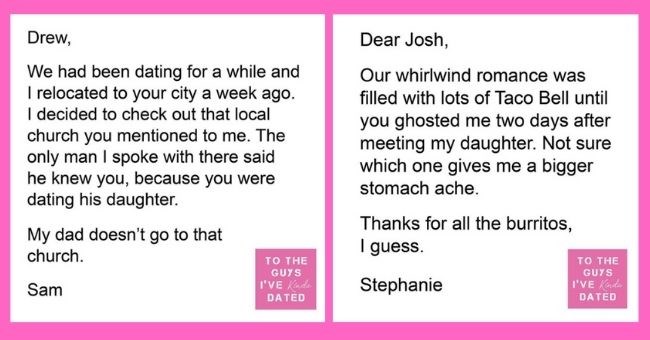 If 2020 has taught us anything, it's that no matter how bad things seem, they can always get worse. This sentiment can also be applied to the sh*t show that is modern dating. You may think you have been on some bad dates, but they can only be worse! We teamed up with The Single Society to show you exactly how awful this sh*t show can be. Here are some examples of the weirdest things guys have done on a first date! 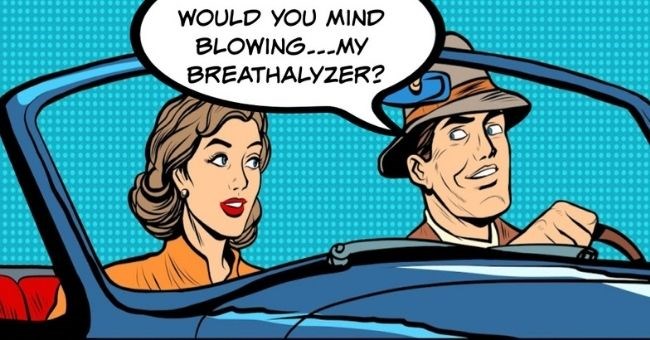