The other day Piers Morgan got called out by his co-star Alex Beresford on Good Morning Britain for being too harsh on Meghan Markle following her interview on Oprah. Piers called Meghan's interview with Oprah "disrespectful" to the Queen and commented on Markle's mental health. After Alex mentioned that he was aware of Peirs' previous relationship with Meghan that did not end well, Piers proceeded to storm out of the newsroom like a child who was told he can not have any more fish-sticks for dinner. 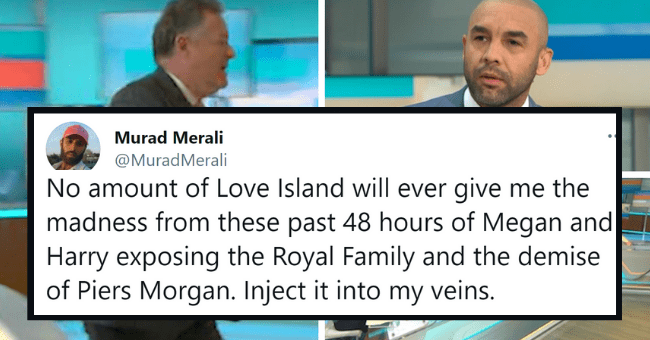