Stealing someone's thunder at a big event is up there with the top ways to ruin someone's big moment. For example, proposing at someone else's wedding. Even if you've got permission from the couple, you'll always be that person who stole someone's thunder. Just. Don't. Do. It. One woman took to Reddit's Am I The A-hole, to ask if she's in the wrong for being angry at her brother and sister-in-law, who announced their pregnancy at her sick daughter's birthday party because the whole family was gathered there. The unanimous decision was that the brother and sister-in-law were the**holes, and that it was inappropriate and attention-seeking to ruin the little girl's big day. Read the story and see what people have to say about this insensitive couple. 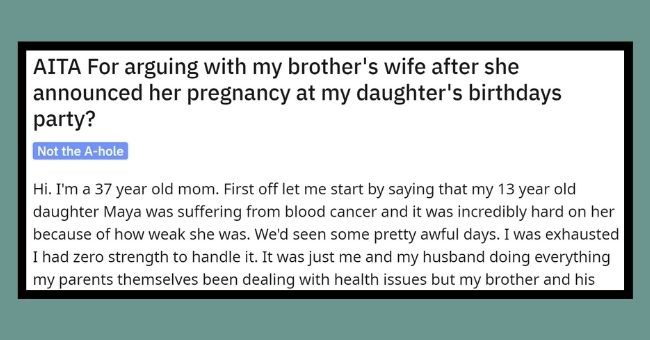 While the rest of the world enters more lockdowns, makes an effort to socially distance, and generally struggles through the sh*tshow of a global pandemic going on right now, The Kardashian/Jenner crew and their other celeb friends are carrying on as usual. As if Kim Kardashian's 40th-birthday bash on a private island wasn't bad enough, Kendall Jenner hosted a Halloween 25th birthday party, which saw 100+ famous people celebrating, NOT wearing masks.

Kim at least attempted to keep to some health regulations by making everyone in attendance isolate for two weeks before the trip (which, of course, doesn't make it OK, but still, bless her, she tried). But Kendall did quite the opposite, and not only did her guests not wear masks, but she included signs at the party, asking guests not to put any pictures up on social media in an attempt to hide it from the public. Of course, no one adhered, and the pictures soon started circulating. People began tweeting how unfair it was that the rich and famous act like they are immune to coronavirus while everyone else has to adhere to strict social distancing rules.

Videos of Kendall blowing her candles out while the waiter holding the cake had to move his face away so she didn't blow all over his face have riled up the public. So have plenty of pictures showing guests not wearing masks, with way more than the legal amount of people packed into one space, and Twitter is not holding back. Here are some of the scathing responses to Kendall's birthday bash, which, as fun as it looked, made all of our Halloweens look even worse than they already were! 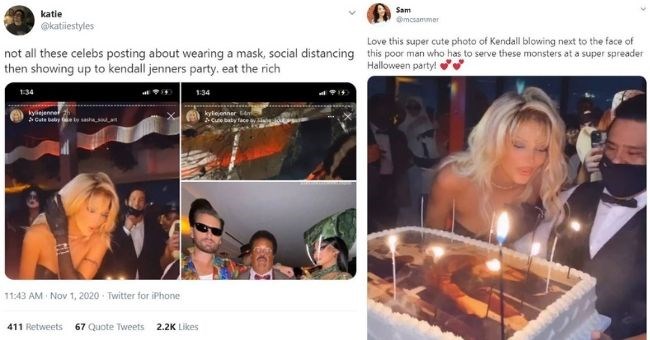 Meet Lucia, the unique 3-year-old who decided to change things up from the norm, in a rather interesting way. In a world of superheroes and princess' birthday parties, it's refreshing to see a new theme. Even if that theme is well... terrifying. Lucia's parents Oscar Trujillo and Laura Brown made Lucia's birthday dreams come true. Lucia cousin Andrea Villarreal, who shared the story on Twitter, told My San Antonio, "Her parents did not question it at all, they were very supportive of her wanting this theme, especially because Lucia was very persistent. They had to go out of their way to make the pinata and cake special for the occasion because as you can imagine, you those aren't popular requests."