A sincere apology means owning your mistake, acknowledging what you did wrong, and putting plans in place to ensure it doesn't happen again. This is the best way for the person you've wronged to see how sincere you are and to be able to trust you again. But some people aren't very good at apologizing, especially men. Twitter user @aj_fairley tweeted, "Apologize like a man...GOOOO" and the results from women are golden. Let's just say that the women of Twitter aren't too impressed with the apology skills (or lack thereof) of the men in their lives. Check out their hilariously relatable responses below. 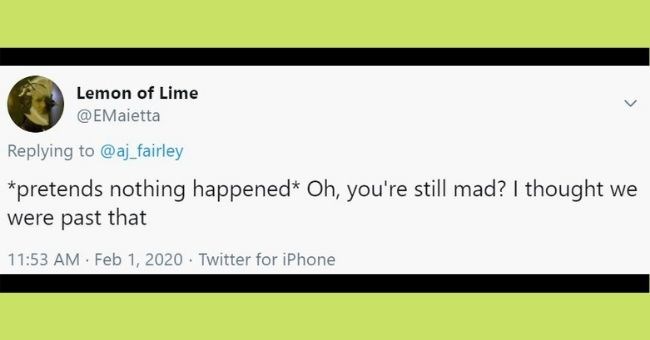