How ANTM Would Crush The Delicate Souls Of Disney Princesses

America's Next Top Model has been on the air for years, and there's no rush like watching runway queen Tyra Banks decide who's fierce enough to make it in the cutthroat world of modeling.  This season, Tyra's going beyond the borders of our reality and into the animated world of—that's right—the Disney Princesses. Who better to bring fab fashion and fierce competition to the screen than these iconic animated ladies? So let's take a look—if this season aired, who would be cut and which princesses would have what it takes to go all the way to the top? 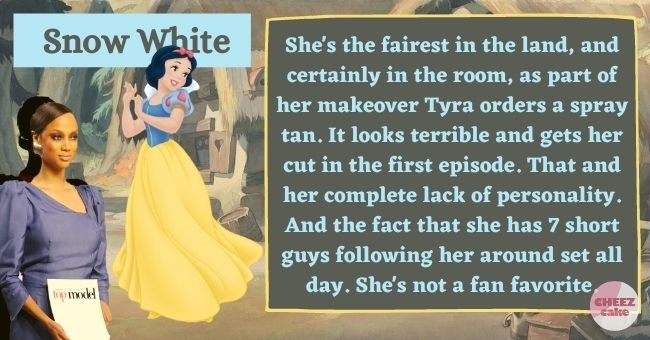 F*ckboy Pickup Lines Which May Actually Work On You