The internet has the power to make things go viral for all sorts of reasons, and sometimes we come across something on the world wide web that is too good not to share with you. Get ready for this gem: a woman posted a complaint on Target's Facebook page, expressing her displeasure at the store's blatant selling of vibrators, "Front and center for little eyes to see. A vibrator that you can stick in BOTH holes. Because that is appropriate for little ones to see while shopping for vitamins." Read: prude woman feels uncomfortable that a mainstream store is normalizing women's sexual pleasure. Twitter user @kittynouveau posted the complaint on her account, and it instantly went viral, because, well, it's hilarious.

Let's break this down for a minute. Firstly, the vibrators were displayed in the sexual wellness aisle with condoms and lube, and not in the children's toy aisle, as she was making it out to be. If you don't want your kids to see it, don't bring them to that store section. It's that simple. Secondly, she obviously has no idea how a dual vibrating massager works because I don't know which holes she refers to when she says, "A vibrator that you can stick in BOTH holes." I'm going to go ahead and assume that she thinks one wand is for your butthole. Newsflash: one wand is for vaginal insertion, and the other one is for external stimulation. Not butts involved (unless you try really hard). Anyway, Twitter blew up when they saw the post, and the reactions to the complaint are hilarious. Check them out below. 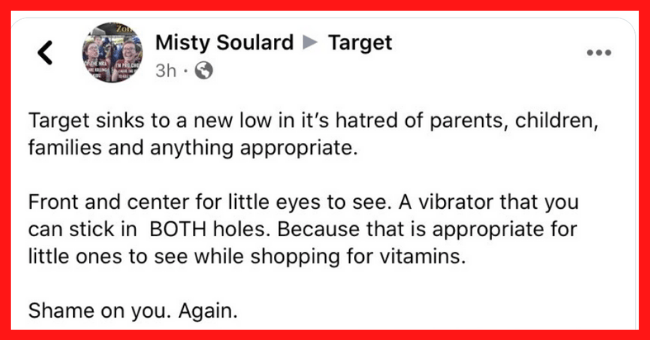 The majority of people don't think twice about what they wear when they go to the supermarket; in fact, most people just about get out of their pajamas for the occasion. But it turns out that one thing you do need to consider when getting dressed the morning of your supermarket shop is the color of your clothing. Because supermarkets have uniforms and wearing the color of those uniforms will likely result in fellow customers assuming you work there - something these people didn't think about when they wore red shirts to Target. Check out their hilarious Tweets documenting their experiences of being confused for employees.

12 Times People Wore Red To Target And Regretted It Immediately

Scroll down to see a funny list of their cautionary tales. 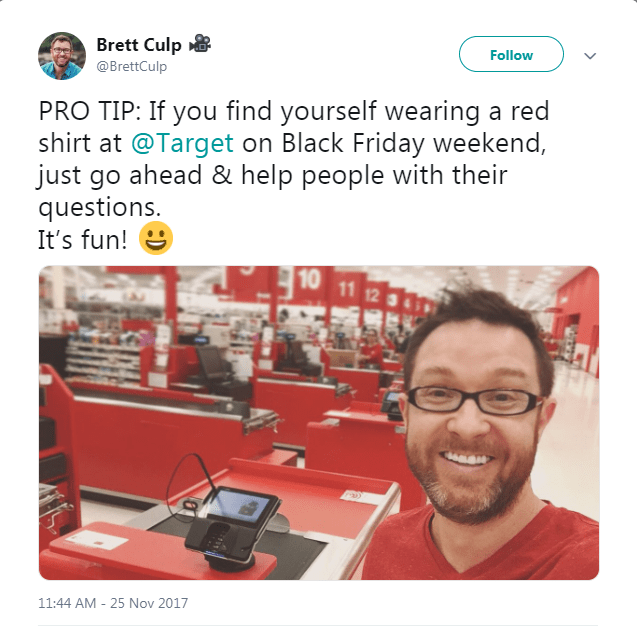 Tumblr user Kimpossibooty showed that working at Target might be a lot harder than people think. His first five days there seem almost unreal. Via: Rearfront 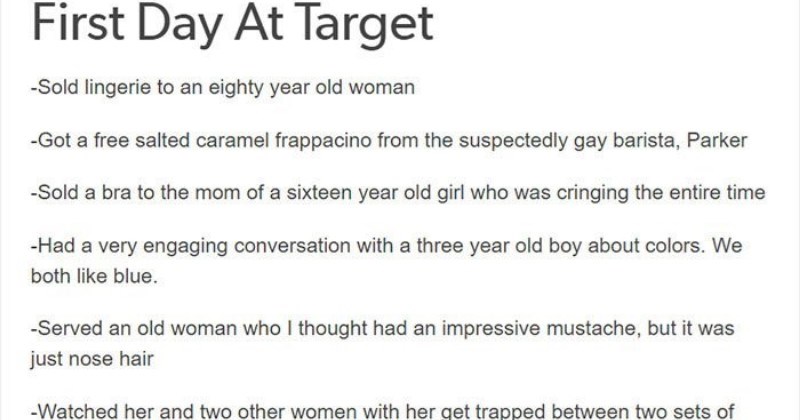 My Dating Nightmare: Guy Snooped Through My Diary After Awful Sex

Rock Stars From The 1960s And 1970s In Tight Pants, Showing Off Their Bulges