Sometimes Twitter gets people really riled up and one guy who really knows how to exploit that is Neil deGrasse Tyson. The scientist's brain is full of amazing information, but sometimes he says things that make us question his genius. His latest tweet about Elsa (from Frozen's) facial proportions has really got Twitter going crazy and shows that he should really stick to the more intellectual side of things.

Check out people's less than complimentary reactions to his observations and then take a look at some of deGrasse Tyson's other condescending tweets that got people angry. 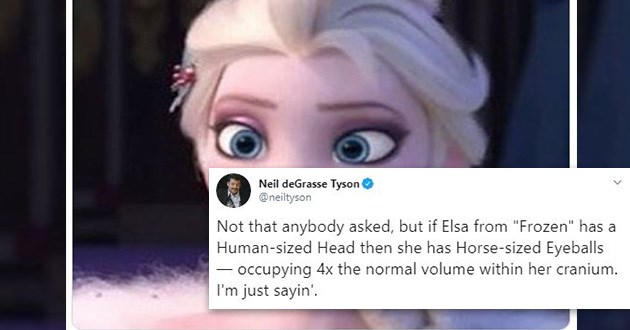 Common Guy Problems That Some Guys Claim They Can't Relate To