Living with messy roommates is possibly one of the most frustrating things in the world - a situation in which comedian Justin Coysson found himself. After his "manchildren" roommates continuously ignored his requests to clean up after themselves, he took a different approach and started labeling their messes as if they were modern art pieces. From "Sour Cream-Covered Spoon Left In Sink Before Leaving Town For Four Days," to "Shoes on Shoe Rack (Nearly)," his pictures quickly went viral, gaining popularity for his hilarious approach to the messy situation. Check out the whole collection, which Justin called his "Passive-Agrreisve Art Gallery", and maybe it will make you think twice about putting up with sh*tty mess from your lazy roommates. 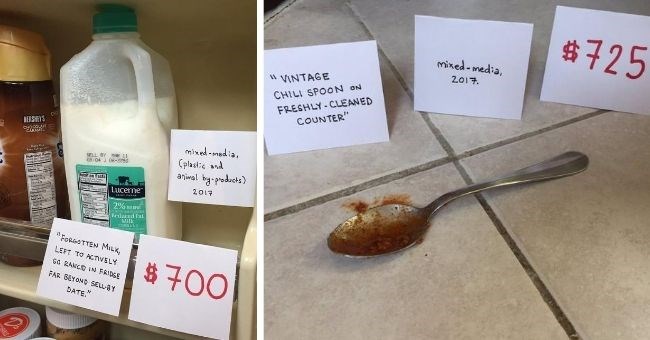