Test Your Powers Of Mansplaining Detection With This 'Mansplainer Or Woman?' Quiz

If you are a woman who interacts with members of the opposite sex, chances are you have had something you already know condescendingly explained to you by an overconfident man. Dubbed "mansplaining" by tired women, it has been well-documented and cleverly mocked online. Some women even make up extra-douchey characters and pretend to mansplain to show just how silly it looks. But mansplaining is so common and often so absurd that you can't always tell who's serious and who's just playing a character. So here's your chance to test your powers of detection! Each of the following posts was either written by a real know-it-all of a man, or by a woman pretending to mansplain. Can you figure out which is which? Good luck! 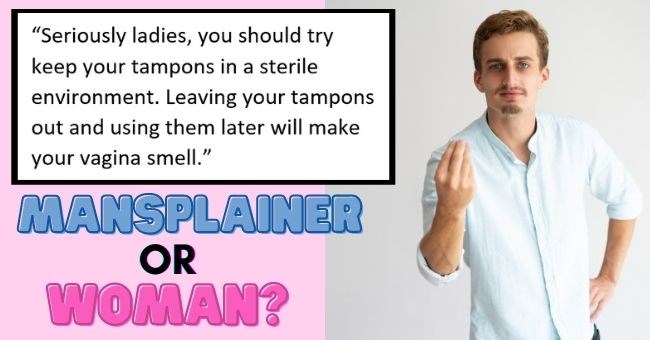