The YouTube beauty guru world is in a frenzy over the recent drama between long-time friends, Tati Westbrook, and James Charles. What seemed like at first an over-dramatic reaction to a friend (James Charles) betraying Tati's trust by going behind her back and signing up with Tati's largest competitor, 'Sugar Bear Hair', was actually just the straw the broke the camels back. Turns out, Mrs. Westbrook was protecting and making excuses for James Charles for many years until she finally had enough and outed him as a sexual predator, in a 43 minute YouTube video. That shook the community. Since then, James Charles has lost (and continues to lose) over 1 million YouTube subscribers and major celebrity follows on Instagram. Tati, on the other hand, has gained ( and continues to gain) over 1 million new followers. And where there is drama, there are memes and tweets and we have collected the best ones for you: 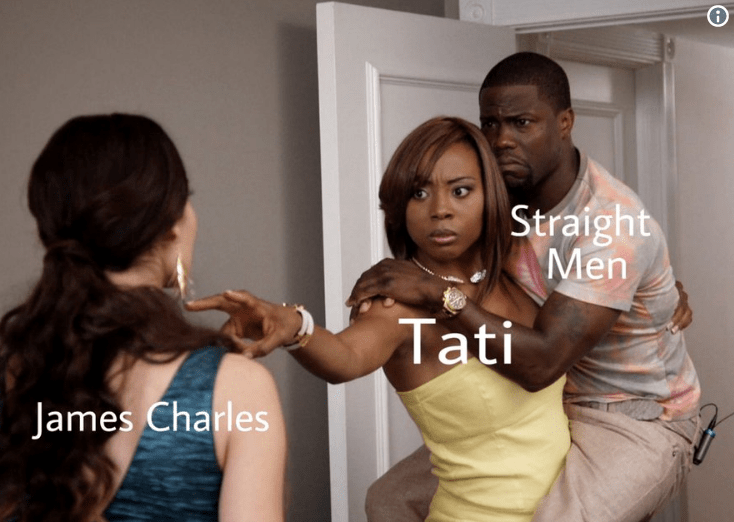