A pictograph showing the average women's height per country has gone viral for its ridiculous scale representation. Depicting giant 5'5" Latvian women towering above tiny 5'0" Indian women, people are ruthlessly roasting the graph in a hilarious Twitter thread. Initially posted by @reina_sabah, she wrote, "As an Indian woman, I can confirm that too much of my time is spent hiding behind a rock praying the terrifying gang of international giant ladies and their Latvian general don't find me." Fellow Twitter users found the graphic equally as insulting, baffling, and absurd and have some witty comebacks in response. Check out some of the funniest ones below. 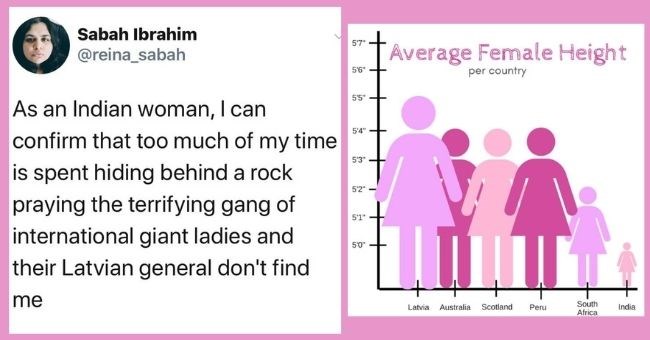 We all know that every country does business just a little bit differently. take a look at etiquette to see how things change over borders. 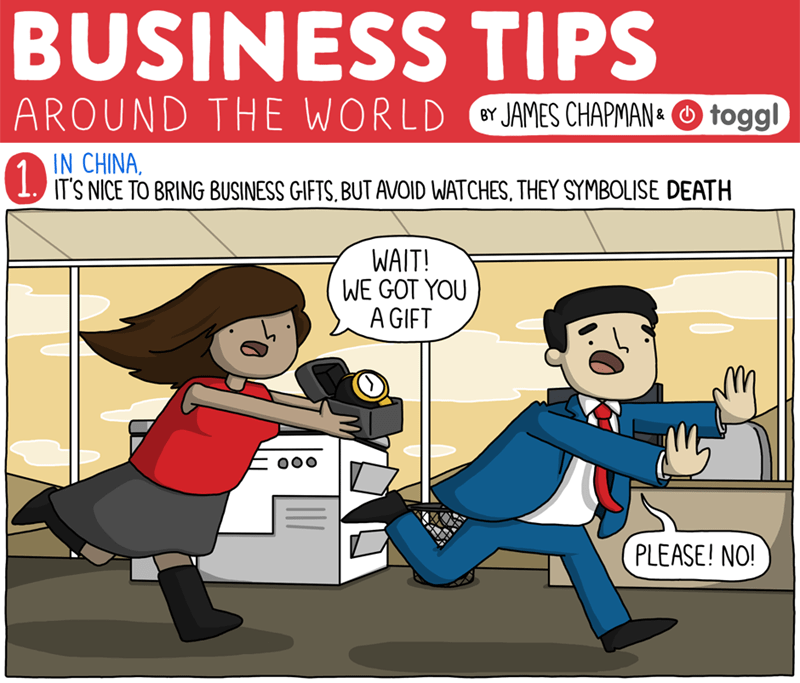