Tweets About Being A Woman Without Saying 'Woman'

A tweet asking women to "Tell me you're a woman without telling me you're a woman" has gone viral. And not necessarily for positive reasons. Hundreds of women commented, describing their experiences of being women without revealing their gender in a sentence or two. The majority of comments pointed out an inequality, discrimination, or assumption that they face from the world as a woman, whether it was about their safety when walking alone, the pressures of motherhood, or their career prospects. Here are some of the comments, which show just how far the world still needs to go regarding women's equality. 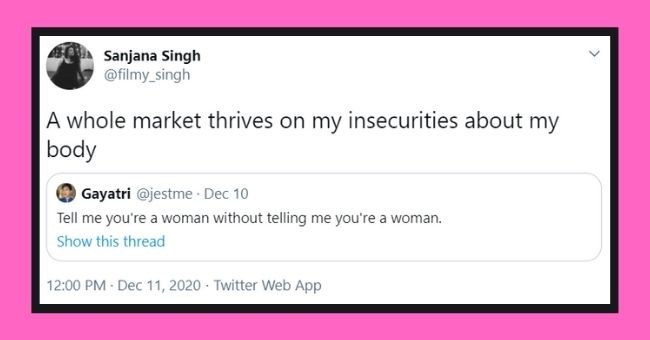