Pauline Kana is badass grandma. She is 93- years- old and has very unique relations with her grandson, Ross Smith (27). It all started more than 6 years ago when, during his tenure in college, Ross began filming short videos on Vine. In one of the videos, he decided to feature his grandma blocking a basketball shot. The thing went viral and Ross realized the enormous potential. So they started doing hilarious videos and fun photoshoots together. Featured below are some of their funniest creations. 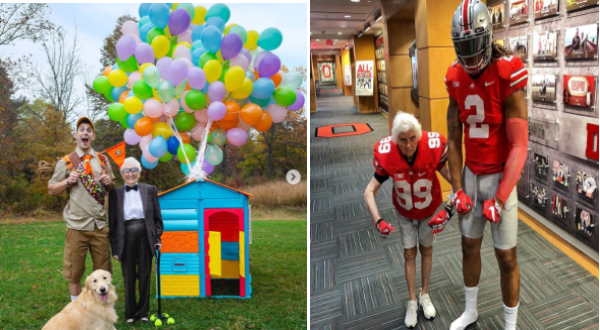