What if a girl in the holocaust had instagram?

As Israel commemorates Holocaust Memorial Day , a new Instagram account aims to educate Millenials about the six million Jewish victims of Nazi persecution as the population of survivors dwindles. 'Eva's story' is an ambitious project that recreates the true story of a Jewish Hungarian teenage girl aspiring to be a photography journalist in London who documented the Nazi invasion in her diary up until the day she was sent to the Auschwitz death camp in Poland. The account already gained over 700,000 followers and even endorsements from the White House. Creator and co-director of the project, Maya Kochavi, explained that her inspiration for the project stems from concern over Holocaust denial coupled with the dwindling population of survivors who can provide direct testimony of the events that occurred. In an era when anti-semitism raises its ugly head again, we can only look forward to more unique projects of this kind. 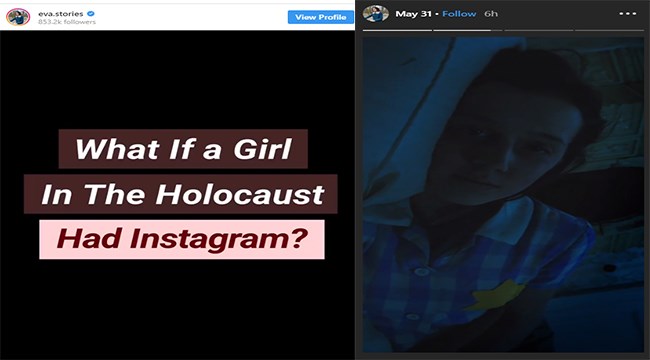 Funniest Tweets Written By Women in 2020 (So Far)