North Korea's state media KCNA released photos of the supreme leader of the reclusive state riding a white horse up Mountain Paektu and that brought on a few light-hearted quips. KCNA's release said: "He, sitting on the horseback atop Mt Paektu, recollected with deep emotion the road of arduous struggle he covered for the great cause of building the most powerful country with faith and will as firm as Mt Paektu." Photo via @AFP 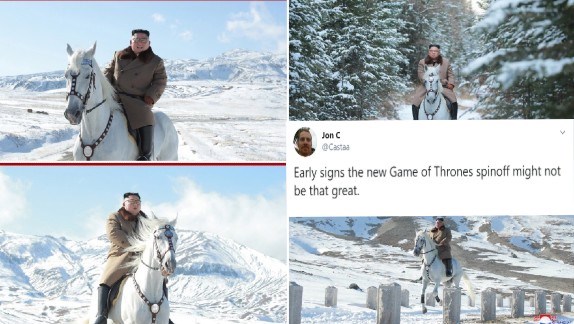 Redditors Reveal Their Worst Cases Of “I Attract Weird People”

Redditors Reveal Their Worst Cases Of “I Attract Weird People”